BBI proposes changes to 10 Articles of the 2010 Constitution that must be subjected to a referendum.

• While the document has been touted as a discussion draft, the inclusion of a Constitutional Amendment Bill gives all indication that the proponents are ready for the next process. 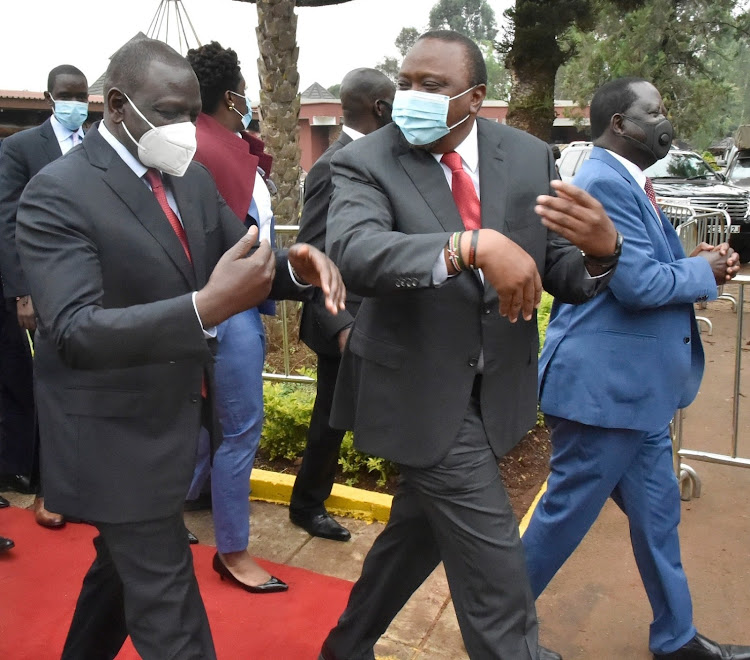 With the kick-off whistle having blown at Boma of Kenya on Monday, the focus has now turned to redrafting the BBI Bill.

In addition, the proponents of the Bill are preparing to collect one million signatures to enable the BBI report move to the next process.

While the document has been touted as a discussion draft, the inclusion of a Constitutional Amendment Bill gives all indication that the proponents are ready for the next process.

Insiders have indicated that after weighing the options for ensure that all the amendments to the 58 Articles of the 2010 Constitution go through, Article 257 would be used.

There was a plan to initially seek most of the amendments through Article 256 which outlines the amending of the Constitution through Parliament.

The BBI reports seeks to amend at least 58 Articles of the 2010 Constitution but only about 10 require a referendum.

However, the proponents believe it will be hard to marshall the two-thirds majority required for the passage of the rest of the Articles through Article 256 of the Constitution.

Article 257 - amendment through popular initiative -  thus appears to be the easiest way for the proponents to have their way with little resistance.

However, the major hurdle is to ensure that the Bill is passed by at least 24 County Assemblies before it heads to Parliament.

Governors are being enlisted to lobby the MCAs in their respective counties to support the Bill once it gets to the County Assemblies.

The last similar attempt by the Thirdway Alliance failed after more than half the county Assemblies rejected the Punguza Mzigo Bill.

The process starts with the BBI proponents collecting one million signatures of the registered voters and deliver them with the Bill to the Independent Electoral and Boundaries Commission.

The IEBC will then verify that the initiative is supported by at least one million registered voters and if satisfied, send the Bill to County Assemblies which are to make a decision on the same.

Article 157(7) says that if the draft Bill has been approved by a majority of the county assemblies, it shall be introduced in Parliament without delay.

If a majority of the members of each House pass the Bill, it shall be submitted to the President for assent.

However, if either House of Parliament fails to pass the Bill, or the Bill relates to a matter specified in 255 (1), the proposed amendment shall be submitted to the people in a referendum.

Article 255(1) outlines areas of the Constitution that must be taken to a referendum if they are to be amended.