When I was younger, I thought it was the worst thing to happen to me

• Spending an entire year in the city can drive you crazy 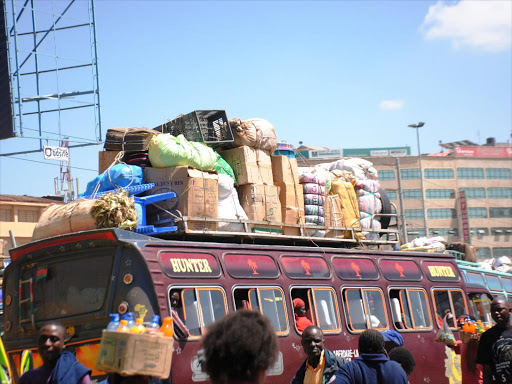 A long-distance bus is loaded at Machakos Country Bus Station in Nairobi on December 22, 2015
Image: FILE

Going home to family, closing shop for the festivities, making preparations for the New Year.

In Nairobi, I love how the city comes alive for a few weeks.

There are get-togethers almost everywhere as companies have their Christmas parties and people absolutely burn through their savings and end-year salaries because it's been a long year.

Then just in the middle of December, like right about now, you start to notice there are fewer people around.

As opposed to how crowded estates were at the beginning of the month, what with schools closed and kids up and about, there seems to be less of them loitering about.

I was one of those kids who always got shipped to shaggz even before the real festivities of Christmas holiday began.

At the time, I thought it was one of the most tragic moments of my life.

"What am I supposed to do in Shags for three weeks? There's no TV, no friends and no cousins even!" I would protest. But I always lost that fight.

Anyway, now that I am a grown-up who just discovered she has free will and independence, I wouldn't actually mind spending time away from the city for even a month.

Just me, my grandmother, no television to keep me glued to my seat all day (just a transistor radio you can carry around and catch up on the news as you go about your business) and upcountry fresh air.

I would turn off my notifications and embrace that moment to the fullest.

Now my grandmother is no longer around, but going back home, I can still feel her spirit. It's one of the most comforting feelings about going home for the Christmas holidays.

Even though she's not physically present, you just know she's still there, waiting for her grandkids to come home and spend their Christmas with her (albeit begrudgingly).

Waiting for them to come and fill her house with noise and laughter and sheng words that cannot be translated into mother tongue.

We would instead try to translate to Kiswahili, much to her annoyance because last Christmas, she invested a lot of her time into teaching us mother tongue.

Then she would patiently listen to us tell stories about life in Nairobi, how school was going and how our friends back home were.

And she would tell us how life upcountry had been since we were last there.

Then she would go ahead to set aside some maize for us to carry back to the city once we depart.

Despite the possibility of famine and hunger early the following year, there always seemed to be an abundance of food for everyone to take back home. I miss those old Christmas times.

For now, I'm stuck in the city with the rest of you, continuing to pile up traffic and further global warming.