The ban discriminates against taxpayers and will increase traffic congestion in the city centre. 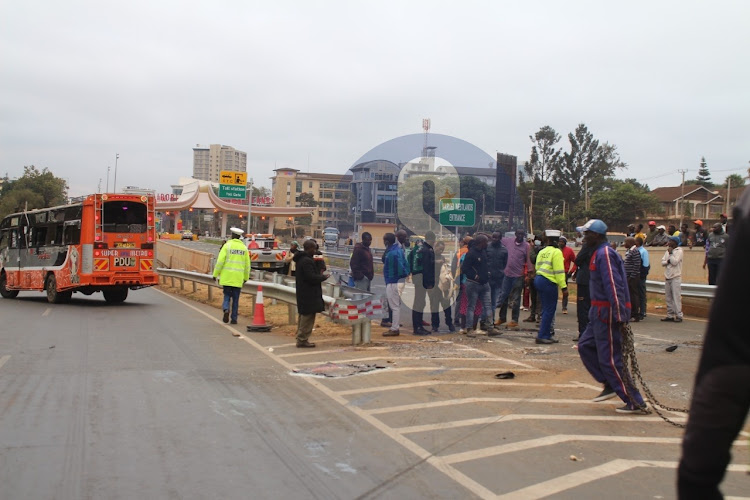 The bus overturned at the entrance of Nairobi expressway in Westlands on Wednesday, July 6, 2022.
Image: ANDREW KASUKU

On Wednesday the Transport CS James Macharia banned commercial vehicles with over seven passengers (effectively all matatus) from using the Expressway. This is a bad and pointless decision.

The government is discriminating against matatus and buses since cars have also caused accidents.

Moreover matatu passengers are also taxpayers. Why  should they be denied the benefit of the expensive Sh85 billion Expressway? If necessary, matatus can pay a higher toll based on size to use the Expressway.

The Expressway was also designed to decongest the City Centre. Why are we stopping long-distance matatus and buses from exiting Nairobi using the Expressway?

If the problem is bad driving, by both cars and matatus, the 110 kph speed limit and rumble strips at the Expressway exits should be more than enough to fix the problem.

Government said the Expressway matatu ban is 'temporary'. It should be cancelled immediately so that matatu passengers can again save time on the Expressway.

Quote of the day: "I am not afraid of the darkness. Real death is preferable to a life without living."

Vasco da Gama
He set sail on the first direct European voyage to India on July 8, 1497

This follows recent accidents involving the matatus on the highway.
News
1 month ago

Several passengers were injured in the Wednesday morning accident.
News
1 month ago

Over 20 injured in Nairobi expressway accident

Rescued victims have rushed to nearby hospitals.
News
1 month ago

Identity of victim who died in Nairobi expressway crash revealed

Njega was a government valuer based in Marsabit.
News
1 month ago
by STAR EDITOR Editorial
Leader
08 July 2022 - 13:06