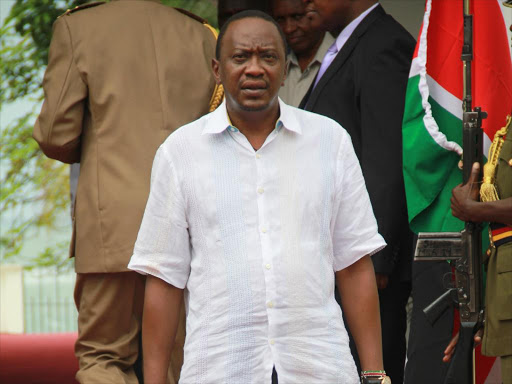 President Uhuru Kenyatta is hosting two leaders of Africa’s Ieading economies, Muhammadu Buhari of Nigeria and Abdel Fattah el-Sisi of Egypt. These visits are to be viewed within the prism of Uhuru’s broader strategy of economic, trade, and cross-cultural bridgebuilding. They underline his growing clout not just in trade and commerce, but also in the cut-throat arena of global geopolitics and nuanced national interests.

This year we are hosting the East African Business Council’s EAC Investor Week, the United Nations Trade and Development meeting, as well as Narendra Modi, leader of the world’s biggest democracy, India, our second biggest bi-lateral trade partner after China. India is tipped to overtake China in population, and possibly GDP, by 2050.

Boko Haram in Nigeria, al Shabaab in Kenya and the Muslim brotherhood in Egypt, through themselves, surrogates and franchises, individually and collectively, seeking to establish a caliphate, remain the single most potent threat to economic and political stability in Africa. Africa has the highest population growth rates globally. Nigeria, Africa’s largest economy, has the biggest Muslim population, at 48 per cent of the total population – an estimated 87 million people. It will be an absolute Muslim-majority country, at 52 per cent, by 2030.

However, the booming African Islamic economy provides an opportune vehicle to ameliorate the deprived conditions and lack of economic opportunity. Islamic finance is not just for adherents of Islam only. It is a perfect fit for our infrastructure financing needs. South Africa, an overwhelmingly non-Muslim nation, is Africa’s leader in Islamic finance and halal economy, an important diversification in an era of lower commodity prices.

The Johannesburg Stock Exchange, with a market capitalisation of $1 trillion dwarfs both Nigeria’s at $60 billion and Nairobi’s at $48 billion. However, we can issue local and international Sukuk bonds for our public-private-partnership projects, as they support real economic activity, without charging riba (interest), and cover project finance, trade finance, and buying and selling goods at a profit. It rules out hedging, derivatives and lending at interest. Risk-sharing means both the lender and the loanee are exposed to risk.

County governments and local businesses wary of foreign exchange risks and the high interest rates can mitigate these risks between project cash flows and financing, and also issue bonds in Kenya shillings. And it works – Gambia weekly issues more like our CBK-issued Treasury Bills. Nigeria’s Osun state tapped the Islamic debt market for $63 million in 2013 for schools. Debt-ridden Kenya Airways can learn from Ethiopian Airlines and RwandAir. Ethiopia leased four aircraft for $100 million while RwandAir leased one, both deals concluded at very competitive rates.

The TFTA is a free trade zone larger in size and population than the EU, stretching from Cape Town to Cairo. It has 26 African countries, which represent 48 per cent of the AU members, 51 per cent of Africa’s GDP and a population of 632 million. Were the TFTA countries one country, it would be the 13th largest economy globally. Intra-TFTA merchandise trade grew from $23 billion in 2004 to $55 billion in 2012 – a 140 per cent increase. Only Ecowas is missing. It would be a masterstroke for Uhuru if he were to bring Ecowas, through its natural leader Nigeria, into the TFTA.