Rich countries could hoard jabs over Omicron – WHO

• It said this could threaten supplies to nations where most people are still unvaccinated.

• Some rich countries are accelerating the roll-out of a booster shot in response to Omicron. 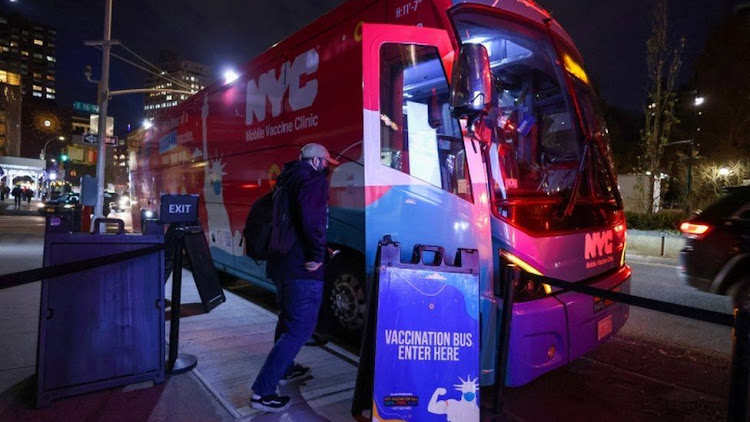 People in many Western countries are being encouraged to get booster jabs
Image: REUTERS

The World Health Organisation (WHO) has expressed concern that wealthy countries will start to hoard Covid vaccines in response to the rapid spread of the new Omicron variant.

It said this could threaten supplies to nations where most people are still unvaccinated.

Some rich countries are accelerating the roll-out of a booster shot in response to Omicron.

There are concerns that vaccines are less effective against the variant.

Recent studies of the Pfizer/BioNTech vaccine showed it produced far fewer neutralising antibodies against Omicron than against the original strain, but that this deficit could be reversed by the booster.

However, the WHO says administering primary doses should be the priority.

WHO vaccine director Kate O'Brien urged richer nations to continue donating vaccine doses and shipments to underserved countries to address what had become a dangerous inequity in access.

"As we head into whatever the Omicron situation is going to be, there is risk that the global supply is again going to revert to high-income countries hoarding vaccines," she said.

Supplies to the global vaccine-sharing program Covax have increased in recent months.

But world health officials fear a repeat of a shortfall of tens of millions of doses which occurred in the middle of this year, partly as a result of India suspending exports during a surge in cases.

Dr. O'Brien said it was possible that additional doses might provide added protection against Omicron, but there was as yet little evidence they were needed to protect against severe disease

Omicron is the most heavily mutated version of coronavirus found so far.

It was first identified in South Africa, where there is now a surge in the number of people catching Covid multiple times.

Post a comment
WATCH: The latest news from around the World
by BBC NEWS None
World
09 December 2021 - 20:39
Read The E-Paper