We are not barren or infertile, we are just but ‘waiting wombs’ — childless women 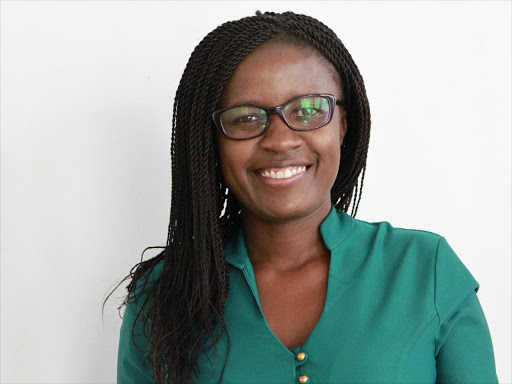 “I was married in 2006 and it was pure bliss. We were happy until my husband noticed that I didn’t use any birth control measure one year in the marriage.

“Well, I was naive and as such didn’t think about it. One day after work, he sat me down and asked me what was happening. I was confused by his questions because I had never heard of infertility.”

Like many married women in Kenya, Zipporah* (not her real name) has had a horror journey struggling with childlessness.

Hadassa Trip, who has been married for more than 10 years, has started a Waiting Wombs Trust, a platform to encourage and give hope to women and couples struggling with lack of children. It also brings together those who have walked the journey and their wait became successful.

“I am a ‘waiting womb’. We have waited on God for one, two, three, four… We celebrated our 10th marriage anniversary last month,” Hadassa said with an infectious smile.

Hadassa narrated how being a “waiting womb” couple in an African set-up can be tough. “Everyone thinks they have a solution to our situation. ‘Try this herbal medication, see this doctor, go for this procedure.’ Trust me, we’ve taken herbs that taste like chloroquine and even worse.”

Hadassa and her husband Ken Trip have walked the 10-year journey waiting and hoping that one day, God will bless them with a child.

“I was recently diagnosed with endometriosis, an often painful disorder in which tissue that normally lines the inside of the uterus — the endometrium — grows outside your uterus,” she says.

SEARCH FOR A BABY

In search of a baby, she has had so many uncomfortable procedures and two main surgeries. “I have had cysts and fibroids removed,” she said.

Four months ago, she sat with her husband and they decided no more hospital visits. “Those things can really weigh you down. They are emotionally and financially draining, since they are not covered by any medical insurance and are very expensive,” she says.

She has had mean comments from the society but she soldiers on. She remembers how a while back, she went for a friend’s baby shower and one of her friends asked her why she can’t get pregnant so they can go for hers as well.

“We get all kinds of questions. The society is cruel. I being a salesperson, I have answers to all of them. In this particular case I told her they can come but they come with cat stuff since I have one,” she said.

While she has learnt to look at her situation positively, Hadassa says it breaks her heart when other people like her are subjected to all manner of frustrations for reasons beyond their control. “We are not infertile, we are not barren, we are just but waiting wombs, waiting on God.”

In Zipporah’s case, her husband booked an appointment with a gynaecologist without her knowledge. “We went to the hospital and I was asked to ‘angusha tafrija’ (undress completely). Embarrassing moment it was,” she said.

That was followed by transvaginal scan and a full hormonal profile. To her disappointment, the doctor told them that her testosterone level was 30 times higher than normal.

In December 2007, Zipporah started her infertility treatment journey. “I underwent ovarian drilling since even after treatment my menses were still missing,” she said.

Ovarian drilling is a surgical treatment that can trigger ovulation in women.

By this time, her husband had become abusive. “Intercourse was mandatory and not when I felt like. It was painful both physically and emotionally. Our once very happy marriage started becoming glum. He became possessive in a very strange way.”

She was confined and he would lock her up even while he went to work. She remembers how one day he placed a hot iron box on her stomach. “I had physical pain and suffered clinical depression. I was very unhappy and even got ulcers. To date, I have the iron box scars on my stomach and thighs.”

Her break came when the husband travelled overseas for work and Zipporrah found her way out. “That was my freedom at last, but worse awaited me. My mum blamed me for my failed marriage. She could not understand how I could not keep a man. All this time I had not shared with her my struggles.”

She says her mother continually embarrassed her in public, telling her to get a child because she was growing old. “With time, her questions turned into a conversation which caused regret on her part, having not asked me what transpired in my marriage.”

For more than eight years, she didn’t get into another relationship. To move on, Zipporah focused her energy on losing weight and got into dairy farming. “I had become obese from depression.”

She says animals have a healing power. “I got solace in my cows, they were my babies.”

Last year at a public function she saw her ex-husband. “After all those years, there was no hurt nor tears. That’s when I knew I had healed. I had forgiven him and myself.”

She started life all over again and got herself a boyfriend in 2015. “I explained my problem to him and he promised to stick with me.” They discussed her fertility with a doctor, who advised her to lose weight.

“With their support, I went down from 119 kilos to 74,” she remembers. They then tried In vitro fertilisation (IVF), “I prayed while on that bed, that the God of Hannah, Elizabeth and Sarah may give me hope and a child.”

Her first trial went through. “The doctor confirmed I was pregnant. I cried and later danced. God had done it for me. Though late in life, I will soon hold my own flesh and blood in my hands.” She says after delivery, which will be later this year, she is going to get married to her best friend who never gave up on her.

Mary* has been childless for eight years. She has tried IVF three times but they all failed. “I became bitter and cold.” In 2012, she went to an adoption agency, and after a tiresome process, they denied her a child. “I gave up completely and even stopped praying about it in 2014.”

She conceived normally in 2015, when she least expected. “I thought I was sick but on going to hospital, I was told I am two months’ pregnant. It was unbelievable. I want to encourage a waiting womb, God is watching and listening, don’t give up.”

Jane* has been kicked out of two marriages for childlessness. Her first marriage lasted for more than eight years until 2014, when she was chased away and called barren. “After I was kicked out, my husband remarried and they conceived in less than a year. It suddenly dawned on me that indeed, I had a problem.”

Her wait ended last month, when she went to hospital and was confirmed to be pregnant. “It has been more than a decade’s wait, and God has done it for me. I can’t wait to hold my Easter gift some day end of December, by God’s grace.”

As for Hadassa, she and her husband are still waiting on God and while at it, they have decided to take it upon themselves to encourage others like them to hang in there and keep the hope alive. “We already are more than 3,500 members and growing everyday,” she said.

With the trust, they hope to address the stigma that comes with childlessness. “We have also partnered with some doctors who have been giving free consultations to those waiting wombs who cannot afford treatment,” Hadassa said.

She says her family and mostly her husband have been her biggest support system. “It’s like my man dropped from heaven. He has been accompanying me in all the uncountable hospital visits. He is understanding and has always been there when I need a shoulder to cry on.”

Admitting she asks God many questions, Hadassa, 33, says marriages should not be defined by the ability to get children. “I have many happy moments and those one-off oestrogen-filled moments where Dr Google sheds some hope my way then boom! Negative results.”

She adds: “We have stopped looking at our childless state as an unfortunate, less privileged state. We are learning to celebrate each other and those special moments. If the baby comes, we’ll be happy and share our testimony. If it doesn’t happen for reasons known to God, we will still be complete and we’ll still trust Him.”

To the society and haters who utter mean words making the situation worse for the mothers in waiting, Hadassa’s advice is to just be sensitive. “Can we learn to hug each other? You have no idea the pain we go through. We, however, thank God for you, too, for every mean word you utter is an opportunity for us to go on our knees and say, ‘Father, it’s me again’.”

And her advice to men with childless wives is: “Dear waiting-womb husband, are you thinking of leaving your wife because of her presumed infertility? Pause and think again. Children come from God. Count your blessings instead and learn to enjoy your marriage.”

Post a comment
WATCH: The latest videos from the Star
by Monicah Mwangi @monicahmwangi
Big Read
17 May 2017 - 01:00
Read The E-Paper