Another attack in nearby Bandiboli on Saturday left five people dead. 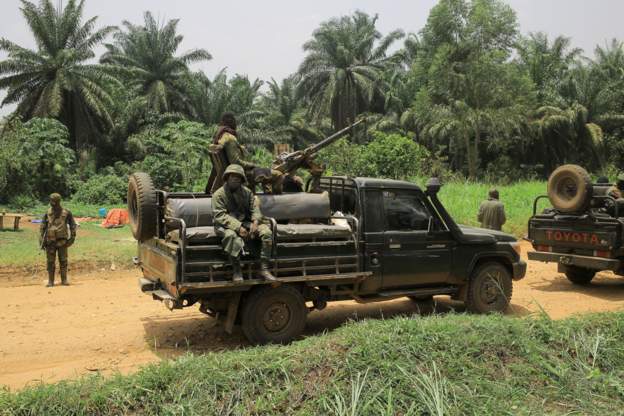 The Congolese army has been fighting the ADF rebels
Image: AFP/BBC

Rebels in the east of the Democratic Republic of Congo have killed at least 15 civilians and an army captain during attacks on villages over the weekend.

Another attack in nearby Bandiboli on Saturday left five people dead.

A woman who lost both her parents said their throats had been cut by the rebels.

A UN expert group says it has evidence that Rwandan troops have been fighting alongside one of the rebel groups known as M23.

The Kigali government has denied the accusation.