The 20-member team has been selected from across the Commonwealth member states.

• The team is in the country at the invitation of the Commonwealth secretary general Patricia Scotland and will be deployed across the country.

• The 20-member team has been selected from across the Commonwealth at the request of Kenya’s Independent Electoral and Boundaries Commission (IEBC). 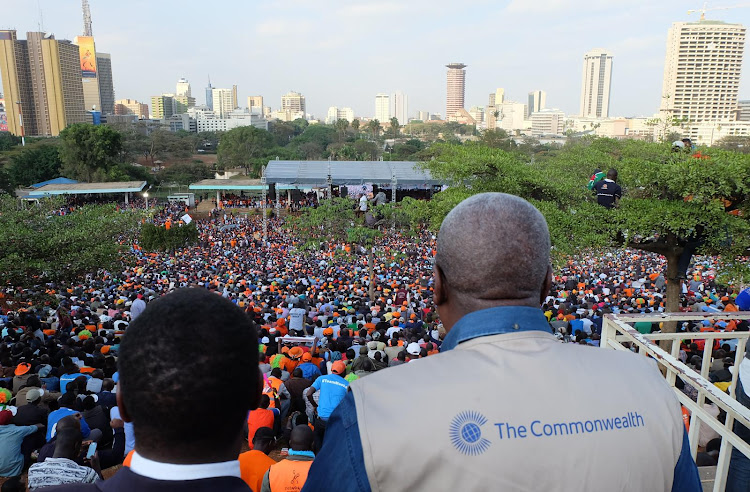 The Commonwealth election observer group has arrived in Nairobi ahead of the August 9 polls.

The group, chaired by Bruce Golding, has called on Kenyans to commit to a peaceful electoral process.

"Just as politicians have made a commitment to a peaceful election, we urge stakeholders, including the electorate, to commit to doing the same, consistent with the Commonwealth’s values and principles,” the former Jamaican Prime Minister said upon the group’s arrival.

The team is in the country at the invitation of the Commonwealth secretary general Patricia Scotland and will be deployed across the country.

The 20-member team has been selected from across the Commonwealth at the request of Kenya’s Independent Electoral and Boundaries Commission (IEBC). 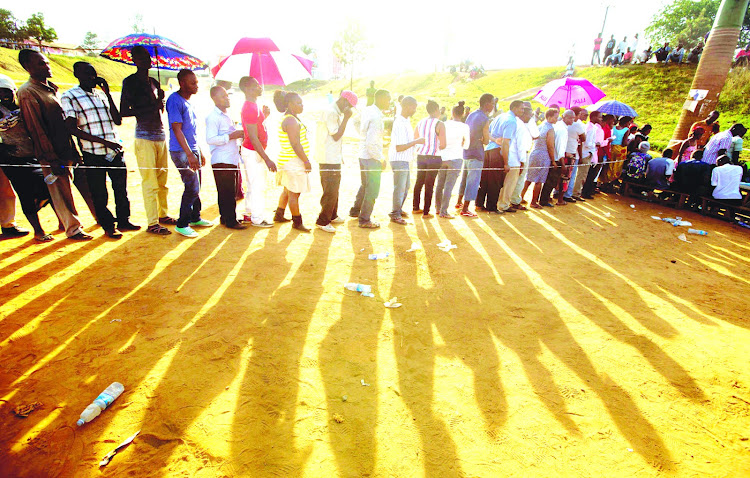 Voters queue to cast their votes during a past general election.
Image: FILE

"We know how important elections are in a democracy, they empower the people to choose representatives who will, in turn, make decisions on their behalf,” Golding said.

He said he hopes the observers' presence in Kenya serves as a reminder that the people of the Commonwealth stand together with Kenyans as they exercise their democratic rights.

He said the election is to Kenyan, East African, Africa, and the whole of the Commonwealth at large.

The advance team has been on the ground since July 16 to observe preparations ahead of the polls and campaigns as part of its work to support the election.

They will now update the main group about their meetings with stakeholders and their preliminary findings, which will be pivotal for the team’s work and subsequent observation role and report.

Small teams will be deployed in selected counties to observe electoral preparations including the opening of polls, voting, closing, counting and the results management processes.

After this assessment is carried out, the group will issue its interim statement of preliminary findings on 11 August.

Chebukati said they are prepared for a free, fair and credible elections.
News
2 weeks ago

The role of media in Kenyan elections: What you should know

Media can inform perceptions of what’s at stake in elections.
News
2 weeks ago
WATCH: The latest videos from the Star
by MARGARET WANJIRU Health & Lifestyle Journalist
News
04 August 2022 - 12:33