Gachagua asks chiefs to reject calls to campaign for Raila

He asked PS Kibicho to stop interfering with UDA campaign activities in Kirinyaga.

• He said Raila was allegedly planning to reject the August 9 polls results and had began to lay ground for a dispute. 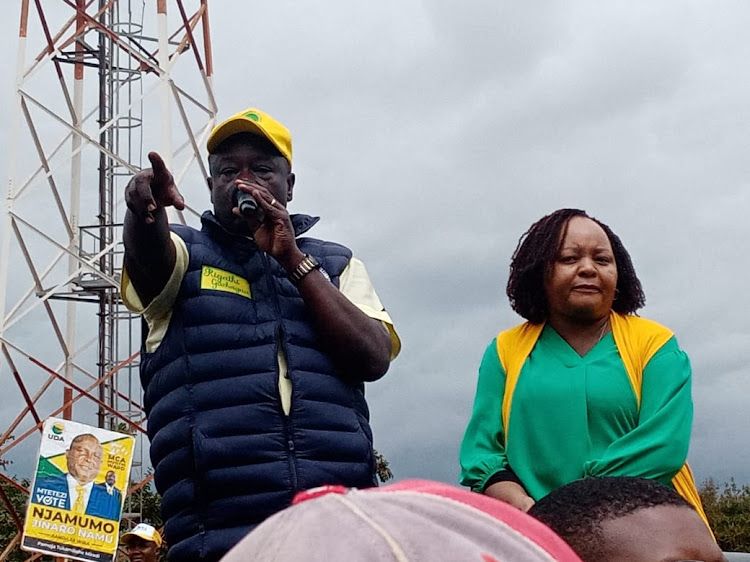 United Democratic Alliance (UDA) Presidential running mate Rigathi Gachagua has asked chiefs to reject any attempt by state operatives to use them to mobilize voters for Azimio.

Speaking during a series of campaign rallies in Kirinyaga, Gachagua asked voters to reject any attempt to coerce them to vote for Raila and all Azimio allied candidates.

He asked PS Kibicho to stop interfering with UDA campaign activities in Kirinyaga.

The Mathira Mp asked UDA candidates in Kirinyaga to stand their ground and not "allow Kibicho to intimidate them".

While addressing crowds at Rukanga in Mwea and Kangaita in Kirinyaga Central, Gachagua asked voters not to allow government officials to dictate to them who to vote for on August 9.

"We are telling chiefs to reject any attempt by state operatives to use them to mobilize voters for Raila Odinga and Azimio candidates. They should use the money given to them on their families and allow voters to exercise their rights without interference," he said.

He said Raila was allegedly planning to reject the August 9 polls results and had begun to lay the ground for a dispute.

He said Waiguru had performed well in her first term and deserves a second term so as to continue with her transformation agenda.

"We are saying if it's working, don't change it, Waiguru's track record is everywhere for everyone to see. Am asking you to vote for UDA candidates from MCA to Governor so as to allow UDA to implement its manifesto smoothly," Gachagua said.

He said Azimio's Presidential running mate Martha Karua does not understand the problems of the people of the Mt Kenya region and has never been on the same side with the people.

On her part, Governor Waiguru said Kirinyaga will vote for UDA presidential candidate William Ruto to the last man during the polls.

Waiguru claimed the state had hatched plans to bribe voters during the election day so that they cast vote for Raila.

"We are telling them that we will not buy fear. We know they have plans to dish out money during election day. But am asking you to vote for UDA to the last man. Eat the money from them but vote for UDA," she said.

She said Kirinyaga people will not be coerced or intimidated to vote for Raila.

"We will not buy fear from them, Kirinyaga has already made a decision to vote for William Ruto and UDA candidates," she added.

Speaking at Kangaita, Speaker of the national assembly Justin Muturi told Uhuru that Mt. Kenya people will not join him in betraying Ruto.

Muturi further asked Karua to familiarize herself with the duties and responsibilities of a Deputy President and "stop thinking she would assume the role of a police officer". 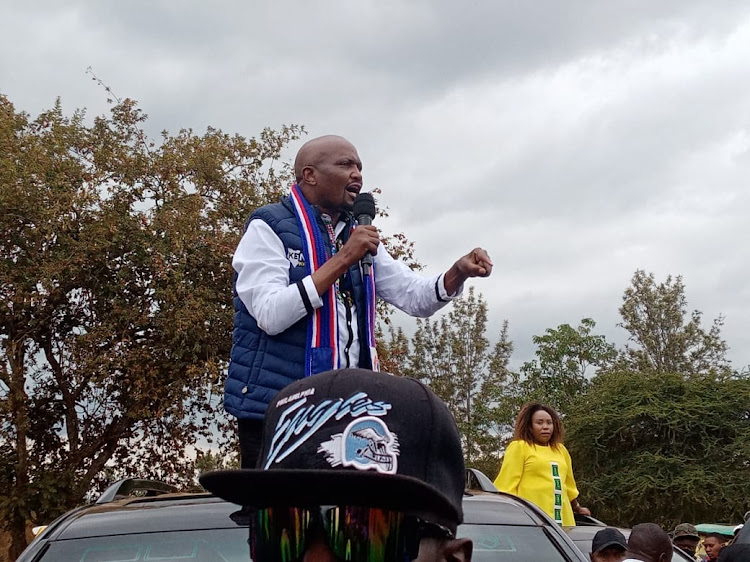 Kuria said if Raila and Martha Karua were to win the presidency, they would be President Uhuru Kenyatta's puppets.

He asked Uhuru to allow Kenyans to vote freely without being coerced or intimidated.

I will increase police salaries if I win - Ruto

I was dragged naked in front of my wife, workers - Gachagua

He was responding to a question on his pending court case.
News
2 months ago
WATCH: The latest news from across Africa
Post a comment
WATCH: The latest videos from the Star
by WANGECHI WANG'ONDU
News
22 July 2022 - 22:39
Read The E-Paper