My focus is on Kirinyaga gubernatorial race - Karua

Karua says she will not be anyone's running mate in the 2022 presidential bid.

•"In as much as there are so many reports indicating that I should be proposed to be a presidential running mate, none has asked me to be his or her running mate . Second, my eye is focused on capturing the governor's seat and that is my mission for now," she said.

•Karua says she will not be anyone's running mate in the 2022 presidential bid.

I'm not positioning myself for the position of a running mate to any 2022 presidential contender. https://bit.ly/3pyxOI6 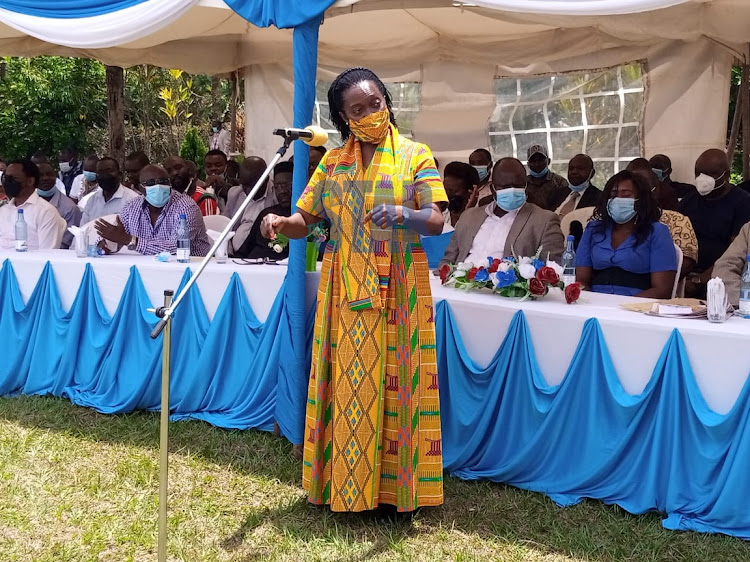 I'm not positioning myself for the position of a running mate to any 2022 presidential contender.

These are the words of Narc Kenya party leader Martha Karua who says her goal is to capture the Kirinyaga gubernatorial seat come 2022 polls.

Karua noted that the seat of a presidential running mate is not a position one can declare candidature for but is dependent on the mercy of the individual running for the presidency.

She says constitutionally that happens in May when presidential running mates are picked.

"In as much as there are so many reports indicating that I should be proposed to be a presidential running mate, none has asked me to be his or her running mate. Second, my eye is focused on capturing the governor's seat and that is my mission for now," she said.

The Narc Kenya party leaders noted that Kirinyaga has for long suffered under the hands of incompetent leadership and the time to correct the err has since ripened.

She said in her previous leadership positions as a cabinet minister and Gichugu MP, she served diligently and that her track record speaks for itself.

"Let us love ourselves first by improving the space around us. They say charity begins at home and we as Kirinyaga people should strive to streamline the leadership font so that we can positively contribute towards a prosperous nation," Karua said.

She noted that Kirinyaga County had a leaf to borrow from counties like Makueni that has done exemplary well in leadership which has had a direct positive transformed service delivery.

"Devolve units were launched to bring leadership closer to the people and not accord unnecessary titles to governors. I'm inspired by governor Kibutha's administration in transforming his county. An example is an already operational mother and child hospital that is continually offering very high-end medical services to the county residents."

She said much as putting up modern structures was key, using the modern building to bring transformative services was much important. As the country gears towards next year's election, Karua expressed the need for the Mt Kenya region to have a key irreducible minimum that would need to be negotiated with those courting the region's votes . 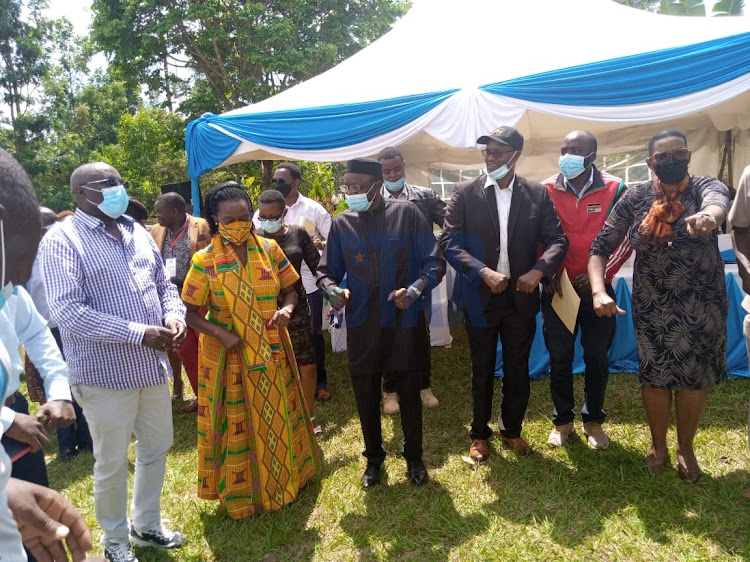 She noted that as Mt Kenya unity forum, they have and will continue negotiating for the implementation of four key issues for the region, which are the security of persons and properties, equal leadership representation, equal resource allocation, and a conducive environment to do business.

Karua further underscored the importance of the creation of many political parties citing that it would be risky to put all eggs in one basket. She gave an example of the jubilee party that was formed after various political parties were dissolved, saying many started to express their dissatisfaction with the running of the party.

She noted that the existence of many parties would provide a leeway towards a proper negotiation for both the candidates and the people.

Karua further noted that the constitution allowed for the creation of many parties.

"Let us expand our democratic space and not be limited to choices. If one does not feel comfortable in one party,s/he should not be compelled to stick in one party but should freely be able to hop into another party."She said her party will continue to partner with like-minded leaders who subscribe to her transformative agenda.

Kituyi, a presidential hopeful underscored the need for the country to assess their leaders based on their efficiency before handing them elective seats. He said Kenyans should also go for leaders who will guard the interests of the country selfishly while maintaining a cordial diplomatic relationship with other nations.

"Citizens possess the marking scheme of the work that has been done and should use it to assess the competence of each leader. We want them to be wise enough and differentiate between hyenas and sheep."

His Co-founder governor Kibwana who is equally interested in vying for the 2022 presidency, echoed his sentiments urging Kenyans to go for clean leaders who have a reputable track record.

"The only way we can stamp out corruption, tribalism, and other vices that have taken root in our country is by choosing leaders who have acted as examples in giving effective leadership to the people they lead."

He said moving forward, their political movement would make deliberations on who would be the alliance flag bearer.