Taimur Kariuki Hussein was released by Kahawa Law Courts on June 28, but he has since disappeared

•Hussein is said to have been arrested by Anti-Terror Police Unit (ATPU) officers near Lamu on June 11.

•The 39-year-old had returned to Kenya in 2018 from the United States of America where he had been staying. 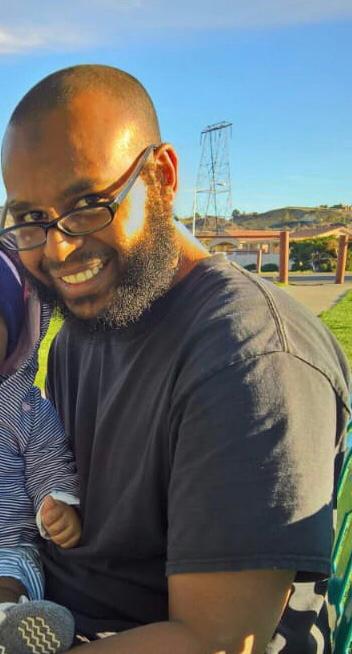 A family in Watamu is seeking answers for their kin who went missing after a court ordered for his release.

The family of Taimur Kariuki Hussein said the 39-year-old was released by Kahawa Law Courts on June 28, but he has since disappeared.

Hussein is said to have been arrested by Anti-Terror Police Unit (ATPU) officers near Lamu on June 11.

The family only learned of the arrest the next Monday when he was presented in court on charges of resisting arrest.

“When he appeared in court, he was badly injured. He had a broken finger, he had a sling on the right arm, stitched on his head and complained of pain on his leg,” Fauziya Hussien his sister said.

According to the family, Hussein told them that the ATPU officers had assaulted him on accusations of resisting arrest.

He remained in their custody and was denied access to a phone until Monday, June 12 when he was arraigned in court.

At the court, the officers dropped the charges of resisting arrest and brought up new charges relating to terrorism.

Hussein's sister said the ATPU requested to transfer him to Nairobi where the case would be heard.

On Friday, June 18, he was transferred to ATPU in Nairobi for further investigations.

On June 21, he was presented before a magistrate in Kahawa Law Courts.

Before that, his family remained in the dark regarding his whereabouts.

The officers holding him asked to be allowed to hold him for a further seven days as they conclude their investigations.

On June 28, the officers were ordered to release him unconditionally.

Hussein was scheduled to go back to ATPU officers for a final exit statement before his unconditional release.

The lawyer who was representing him informed him that his mother and sister would meet him at the ATPU offices to pick him up upon his release.

Upon their arrival, Hussein's brother and sister were informed that he had been released 30 minutes before.

The family said the officers who still had Hussein's phones told them that they had directed him to come back for the phones on July 2, after a further forensic examination on the devices.

The family, however, never got to see or talk to him after the purported release.

“An officer told me that Hussein had called someone in Malindi but when asked to provide the contact, they claimed not to have it even though they had his phone,” Hussein's mother said.

His mother also said that the officers told him that Hussein had informed him that he was going to his sister who lives in Imara Daima.

She said that the officers said they had even given him Sh1000 for his fare.

“Hussein has never visited me in Nairobi, he does not even know where I stay. Furthermore, his lawyer had informed him that we were going to pick him up, how could he have just left?” questioned the sister.

“He used to call my mother at every opportunity but after the claimed release, he did not but instead called someone in Malindi.”

Suspicious, the family filed an application at the High Court demanding the ATPU to release Hussein, dead or alive.

In their response, the Anti Terror group said they had released Hussein as ordered by the court and did not know his whereabouts.

When the judge asked them to provide CCTV footage of his release, the ATPU claimed that footage recorded is wiped out every 24 hours.

Outgoing ATPU boss John Gachomo said they will help search if he is missing but the office does not know where he is.

“We don’t know where he is if he is missing. If they have reported we will help in the search,” Gachomo said.

Hussein had returned to Kenya in 2018 from the United States of America where he had been staying.

He was living alone in Watamu.