It is brewed alongside other traditional beverages such as Busaa, Changaa, and Miti. 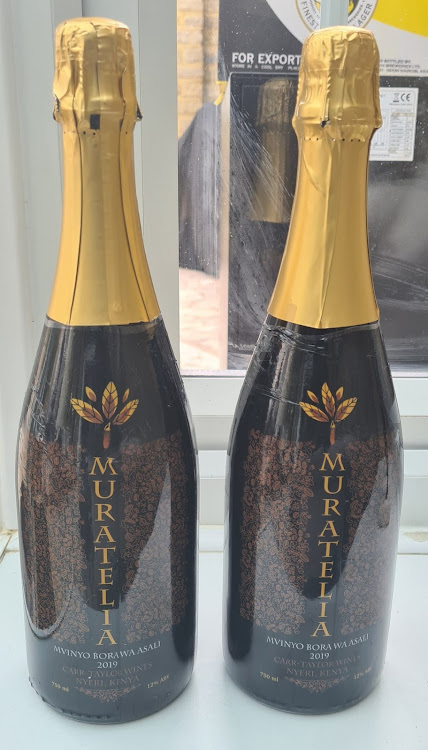 A traditional Kenyan wine has found its way to major retailers in the United Kingdom.

Muratina is a sweet-sour alcoholic beverage that is obtained by fermentation and is one of the traditional Kenyan beverages, which have considerable social, cultural and economic significance.

It is brewed alongside other traditional beverages such as busaa, changaa, and miti.

In a tweet on Monday, Kenya’s High Commissioner to the United Kingdom, Manoah Esipisu, said the product is bottled in the UK by Othaya-born businessman King'ori Wambaki.

“Now available on UK supermarket shelves is the Central Kenya traditional alcoholic drink 'Muratina', bottled in the UK by Othaya-born businessman King'ori Wambaki, now of Cheshunt, north of London, who is targeting expansion of Kenyan products in the market,” Esipisu said.

Muratelia is a refreshing beverage that pairs with red meat and salad to offer a sweetened velvet sensation of exotic fruits and honey.

According to Muratina.co.ke, the name Muratelia is the combination of the traditional name Muratina and the scientific name of the fruit used in traditional manufacture, Kigelia Africana.

The beverage itself incorporates important mead wine characteristics such as the colour and taste which made it distinct and popular, as well as the current market intelligence to upgrade its qualities to fit current market demand.

According to Mwakilishi news, Wambaki said, "We used ingredients that are available here in the UK as we have not yet reached a point where we can import products from Kenya."

"The business provides income better than what I can earn while being employed,” he added.

Wambaki, who hails from Othaya in Nyeri, and has lived in the UK for nearly three decades.

"The whites love it despite it being a Kenyan drink. In June we may start producing it in Kenya," he said as reported by Mwakilishi.