•Andayi noted that the hearing of the case was interrupted in April last year because of Covid-19.

•The court said the prosecution had informed it that most of the said witnesses who were abroad are retired pensioners, meaning they must be elderly citizens. 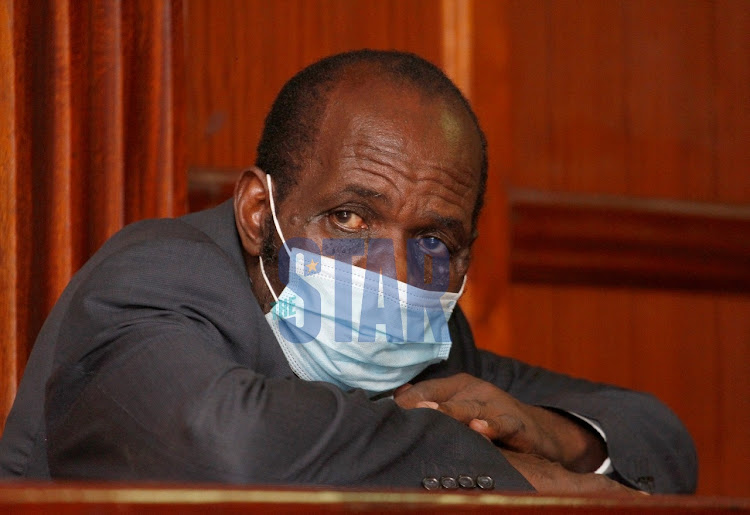 Controversial preacher Gilbert Deya has lost a bid to bar several remaining witnesses from testifying in his child theft case.

Deya, who is facing several counts of child theft, wanted the court to close the prosecution case and leave the witnesses who were abroad out of the case.

However, in his ruling, Chief Magistrate Francis Andayi declined to close the case and directed the prosecution to bring the remaining witnesses to court.

"I find that it's only fair that the prosecution be given another opportunity to present its case to the full if they shall be able to," the court ruled.

Andayi noted that the hearing of the case was interrupted in April last year because of Covid-19.

The court said the prosecution had informed it that most of the said witnesses who were abroad are retired pensioners, meaning they must be elderly citizens.

However, the prosecution did not tell the court if the witnesses will testify physically or through video link.

Andayi said it's not appropriate to order a close of the prosecution case at this time.

He said even if he closes the case now, the court will still have to make findings with the evidence available on whether to put him on his defence or not.

"There will be no dramatic acquittal of the accused person because the prosecution has failed to bring all witnesses," Andayi ruled.

He directed the prosecution to avail all the said witnesses within the next 120 days.

Andayi further said he would not tell the DPP which way they should bring their witnesses whether physical or virtual, so long as they testify.

"The prosecution should produce the witnesses by whichever means it seems appropriate within the next 120 days failure to which the case will be deemed closed " he added.

Deya is charged with five counts of stealing five children, all aged under 14 years, between 2002 and 2004, at Mountain View Estate, Nairobi.

Post a comment
WATCH: The latest videos from the Star
by ANNETTE WAMBULWA Court Reporter
News
11 March 2021 - 17:24
Read The E-Paper