• Cases of gender violence are likely to be higher because many others go unreported.

• The pandemic pushed more women into poverty, which is already heavily feminised. 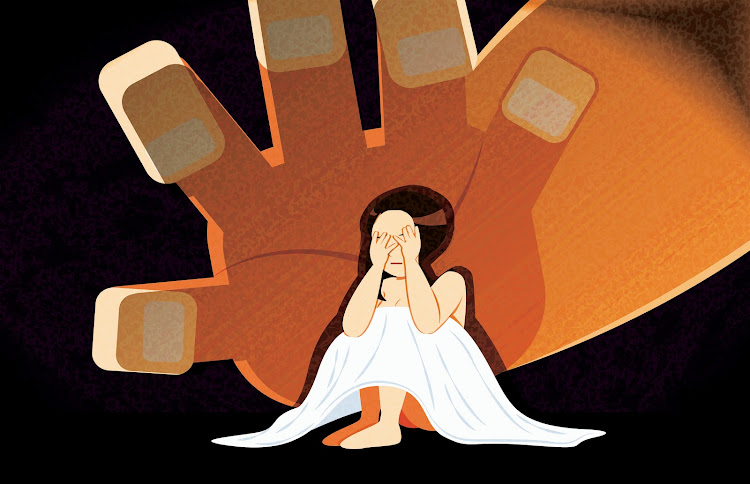 VIOLATION: More cases of violence against women and girls were reported during the lockdown.
Image: COURTESY

On July 29 last year, Kenyans woke up to news that had become all too common.

A man in Naivasha, Nakuru county, stabbed and killed his wife in Gilgil town before surrendering himself to the police.

The woman was one of the few elderly nurses still working at the Gilgil Subcounty Hospital during the Covid-19 outbreak.

Following the incident, nurses in the facility went on strike for over an hour to mourn with the family of the deceased.

Violence is a daily reality for women and girls across Kenya.

Last year, such cases shot up, especially between April and July, when the government imposed a partial lockdown to control movement during the pandemic.

However, data from the Ministry of Health’s Monitoring and Evaluation department shows a sharp rise in such cases last year.

The ministry looked at 30 health indicators, among them domestic violence between January and September 2020. Then they compared with indicators for similar months in 2018 and 2019.

The data, presented by Dr Hellen Kiarie, head of Monitoring and Evaluation at the ministry, shows July had the highest number of domestic violence cases at 16,000, compared to about 11,700 cases in July 2019 and about 7,000 in 2018.

These cases are likely to have been higher because many cases go unreported.

“Cases of violence increased in quarter two and quarter three of 2020, with some counties reporting more than two times the number of cases of violence reported in 2019,” Dr Kiarie told the Star.

She said women and girls were disproportionally affected as communities were forced to stay home. 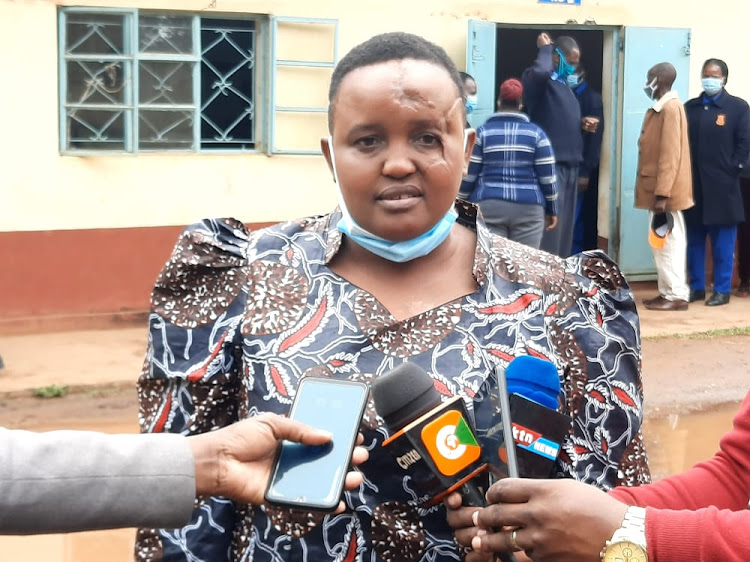 VIOLATED: Jackline Mwende, whose hands were chopped off by her now jailed husband, addressing the press outside Machakos High Court on February 9, 2021.
Image: GEORGE OWITI

UN Women, the United Nations entity dedicated to gender equality and the empowerment of women,  calls this the “shadow pandemic” — the global increase in domestic violence amid the Covid-19 health crisis.

On May 27 last year, UN Women released the Shadow Pandemic, a 60-second film highlighting the alarming upsurge in domestic violence during Covid-19.

The video, narrated by Academy Award-winning actress Kate Winslet, urges people to act to support women if they know or suspect someone is experiencing violence.

Phumzile Mlambo-Ngcuka, executive director of UN Women said, in a statement: “Even before the pandemic, violence against women was one of the most widespread violations of human rights. Since lockdown restrictions, domestic violence has multiplied, spreading across the world in a shadow pandemic.”

She added: “This is a critical time for action, from prioritising essential services like shelter and support for women survivors, to providing the economic support and stimulus packages needed for broader recovery. Through this campaign, UN Women's activists and advocates like Kate Winslet will help spread the word so this issue comes fully to light.”

Mlambo-Ngcuka said the increase in violence against women must be dealt with urgently with measures embedded in economic support and stimulus packages that meet the gravity and scale of the challenge and reflect the needs of women who face multiple forms of discrimination.

“If not dealt with, this shadow pandemic will also add to the economic impact of Covid-19. The global cost of violence against women had previously been estimated at approximately $1.5 trillion. That figure can only be rising as violence increases now, and continues in the aftermath of the pandemic,” she said.

According to UN Women, violence against women is exacerbated by the fact that they are less economically empowered compared to men.

In Kenya, the pandemic pushed more women into poverty, which is already heavily feminised in the country.

The 2015-16 Kenya Integrated Household Survey results show 30.2 per cent of female-headed households are poor, compared to 26 per cent of their male counterparts.

The Survey on Socio Economic Impact of Covid-19 on Households, which Kenya National Bureau of Statistics released on July 9, shows the pandemic rendered 50.1 per cent of working women jobless.

"The Covid-19 pandemic will exacerbate poverty, especially among female-headed households, who constitute (30.2 per cent) of the poor population," says a United Nations Development Programme in a policy brief released in April.

UN Women offers several ways to ensure women’s safety during and after the pandemic.

It says governments should classify support services for women who have experienced violence, including shelters, as essential services and ensure they are sufficiently resourced.

Government should also build capacity, especially of police and judiciary, to identify violence and prevent impunity.

It should also provide support for women who may be experiencing violence while working remotely.

UN women also calls for sex-disaggregated data on the impact of Covid-19 on violence against women and girls, as well as raising awareness on the same through social media, radio and advertisements.

“Put women at the centre of policy change, solutions and recovery,” the organisation further suggests.

How we can curb domestic violence

There are many spouses living in abusive relationships but are unable to speak out.
Opinion
1 year ago
What to do if you have been raped
Post a comment
WATCH: The latest videos from the Star
by JOHN MUCHANGI Science Editor
News
12 February 2021 - 04:45
Read The E-Paper