The park has for years been managed by the city government

• The National Museums of Kenya will be responsible for the protection of the national heritage and historical sites in the park. 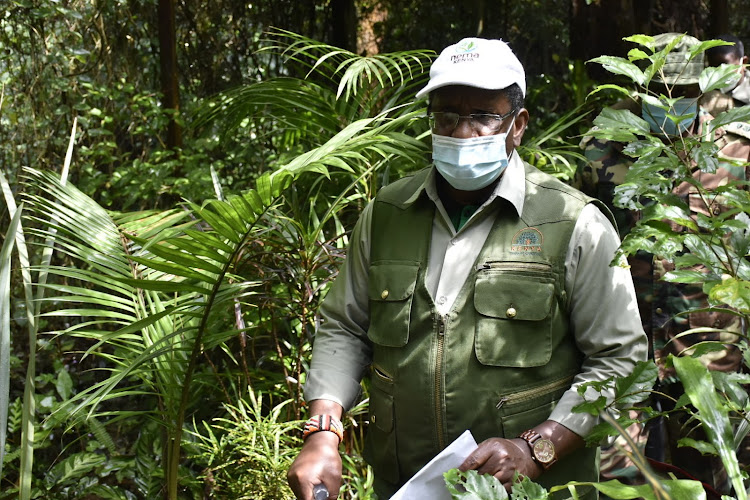 The management of City Park is now under the Kenya Forest Service following a directive by the national government.

"The President has directed that henceforth the park will be put under the charge of Kenya Forest Service," Environment Cabinet Secretary Keriako Tobiko said on Wednesday.

The park has for years been managed by the city government.

Tobiko said the KFS will be working in partnership with, among others, the National Environment Management Authority, which will be responsible for waste and air pollution management in the park.

The Kenya Forestry Research Institute (Kefri) will be in charge of research and development and together with the National Museums of Kenya (NMK) establish a module on the national botanical garden.

The NMK will also be responsible for the protection of national heritage and historical sites within City Park.

Tobiko said President Uhuru Kenyatta on June 5, the World Environment Day, directed his ministry, the Nairobi Metropolitan Services and the KFS to reclaim and conserve the natural public land in the capital.

The President urged the KFS to fast-track the forest management plan with community associations for the forests to be fenced.

“We are also reclaiming our Ngong Forest. We are going to start the process of fencing it and ensuring that it is also available not only for [the] present but also for future generations,” Uhuru said.

The KFS plans to promptly implement the presidential directive. Chief Conservator of Forests Julius Kamau said, "We shall deploy some of our officers in the park though we have a shortage of security staff."

"I'm not attributing blame to any individual, but it is a structural problem across many counties since public parks were placed under the management of county governments. It was because of that that Governor Sonko handed over the functions to the national government and NMS was created," the CS said.

He clarified that City Park will remain a public facility.

"We welcome all investors who want to bring in their resources and work with us but the park's management shall not be permitted to belong to a private entity."

A legal mechanism is being put in place to ensure that regardless of who is in office, the park will not be privatised.

The CS commended Friends of City Park for their efforts in sustaining the area and keeping land grabbers at bay.

"The Friends of City Park will continue to play a central role of management and conservation of the park regardless of the joint participatory framework that will be put in place," he said in the company of NMS, Nema, Kefri, Friends of City Park and NMK representatives.

The Environment ministry and KFS have embarked on the recovery of grabbed forest land in Nairobi, starting with City Park, where hundreds of acres dished out by the defunct Nairobi City County are to be repossessed.

The next target is Ngong Road Forest. The KFS intends to recover over 1,000 acres from individuals.

Post a comment
WATCH: The latest videos from the Star
by MAUREEN KINYANJUI News Reporter
News
10 June 2020 - 18:07
Read The E-Paper