Former US president Barack Obama to visit Kenya on July 16 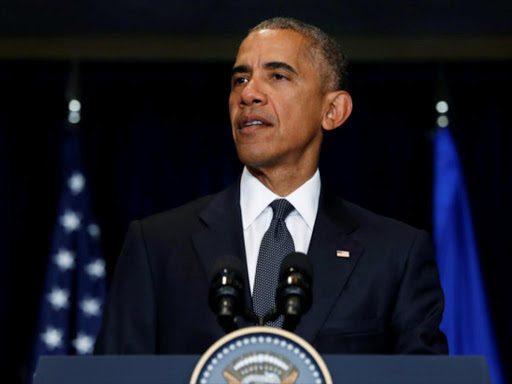 Former US President Barack Obama during a past press briefing at the White House, USA, 2016. /FILE

Former US president Barack Obama is set to visit Kenya next month.

According to the Nelson Mandela Foundation and the Obama Foundation, the former president will be in the country on July 16 before he heads to South Africa where he will deliver the 16th Nelson Mandela Annual Lecture in Johannesburg.

He is expected to hold talks with President Uhuru Kenyatta at State House, Nairobi, before travelling to his ancestral home of K’Ogelo to visit with his relatives.

There are also indications he will meet Opposition leaders during the one-day trip.

The two foundations in a joint statement said the lecture's theme will be "Renewing the Mandela Legacy and Promoting Active Citizenship in a Changing World".

The lecture will take place on July 17, 2018 - a day before Nelson Mandela International Day - at the Ellis Park Arena in Johannesburg.

"For most of his life, Nelson Mandela fought for democracy and equality. His presidency was defined by his efforts to solidify the fragile democracy of South Africa, and by his lessons on the politics of 'bridge-building' over the politics of division," the two foundations said in a joint statement.

New York Times reported that Obama Foundation will invite 200 young people to Johannesburg around the same time in mid-July for five days of workshops and technical training.

Obama will also speak on what would have been the 100th birthday of the late South African president and civil rights icon who died in 2013 at the age of 95.

"It gives him an opportunity to lift up a message of tolerance, inclusivity, and democracy at a time when there are obviously challenges to Mandela’s legacy around the world," Benjamin Rhodes, a former Obama speechwriter, told The New York Times.