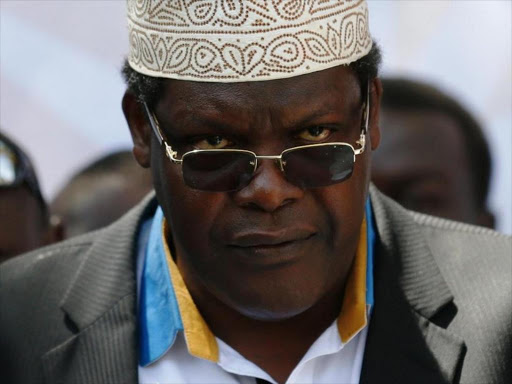 Kimaru issued the directive on February 15 and gave the department seven days to submit the travel document.

The perforated document has now been attached to the court file concerning the lawyer, whose troubles began when he stamped documents

during Nasa leader Raila Odinga's 'swearing-in' as the People's President.

“In compliance with orders issued on February 15, we attach the perforated passport of the applicant.

“The compliance, however, is without prejudice to our client’s rights to challenge the legal validity of the orders issued by the court."

According to the lawyer, Migunas passport has perforated following his controversial deportation.

Perforation is a standard procedure once a holder is deported.

This means Miguna will have to apply for a new passport.

The passport was issued to the self-declared General of the

Miguna now wants the state compelled to facilitate his return to Kenya.