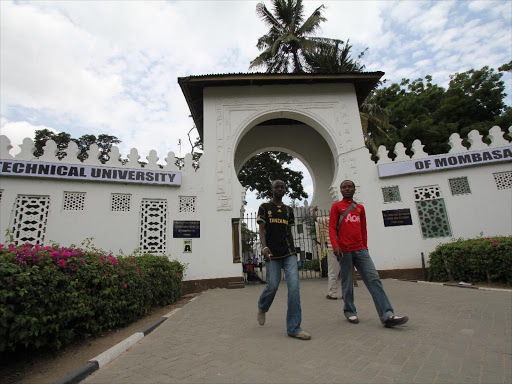 Technical University of Mombasa's VC is alleged to have irregularly issued a Sh4 million master's scholarship to Switzerland. Photo/ELKANA JACOB

The Technical University of Mombasa vice chancellor Josphat Mwatelah has been

sacked for mismanagement of funds.

The findings by government’s auditors reveal that Josphat Mwatelah irregularly offered Schola Tunje a Sh4 million masters scholarship to Switzerland yet she was still on probation.

Mwatelah unilaterally approved the scholarship against the recommendation of a committee in charge, the report observes.

The report further points to the fact that Schola is a daughter to Tunje Kadere, the registrar academic affairs who is also Mwatelah’s relative.

“Schola deserted duty immediately after completing her masters. The university did not benefit from the investment,” the audit report states and adds that the university has since demanded that the money be repaid.

TUM’s council had suspended Mwatelah early in the year following a raft of accusations bordering on financial mismanagement, tribalism, and nepotism.