Business boom for Nakuru traders after matatus return to CBD 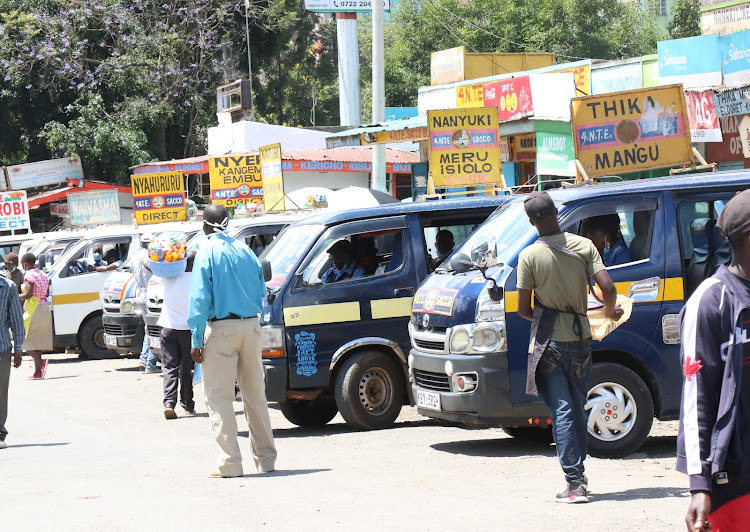 A month after Nakuru Governor Susan Kihika reversed an order that barred matatus from accessing the central business district, traders have expressed optimism of growth in their businesses.

Kihika allowed the PSVs back into the CBD in December last year after a two-year ban.

The ban was put into force by the former governor Lee Kinyanjui in April 2020 just as the first cases of Covid-19 hit the country.

The traders said they encountered loss of business since they depended on the presence of the matatus in the CBD to get customers.

The move by Kihika has, however, given the traders a sense of optimism as business slowly starts to pick up.

Speaking to the Star, the traders said that one month since the PSV resumed operations in the former stages, things have started to change for the better.

Benson Maingi, a businessman in Nakuru City, said that he has witnessed a big change in the number of customers frequenting his shop since the ban was lifted.

“We are happy as business people because we have witnessed an increase in sales of our products since the return of matatus to the CBD. Before, many small traders who used to buy from us had reduced significantly,” the trader said.

“This number has, however, increased since the smaller traders who own shops near the stages are now coming for more products from us the wholesalers as customer numbers increase, the whole value chain is back to normal.”

Solomon Wanjohi, a stage manager, echoes Maingi’s sentiments, saying the move was beneficial to the matatus, travellers and traders.

He added that the passengers were travelling long distances traversing from one corner of the city to the other in search of matatu terminus.

“Travellers are also happy, those new to Nakuru City were having a hard time locating different stages, which are scattered in different corners of the city. Travellers have now started trooping back to the former stages, bringing with them money for traders,” he said.

The return of the matatus to the CBD, however, came with stringent rules and regulations from the Nakuru county, which has affected some stakeholders negatively.

The regulations, which were put to bring order to the chaotic matatu industry, has seen some people jittery about their return to the CBD.

Among those who have been affected are the digital hailing cabs who said the county askaris are harassing them despite having to pay for parking fee and displaying the sticker.

“We have been operating from the CBD since the matatus left. We, however, don’t have a specific place now to drop or pick up our customers. The county enforcement officers are harassing the drivers if found dropping or picking passengers in the CBD,” Joseph Gikonyo, a tax driver, said.

Gikonyo urges the Nakuru county to designate the cabs a place for dropping and picking passengers so that the paying of parking fee can count for something.

John Kamau, a hawker, said that the enforcement officers, some of whom are new recruits, should find alternative ways to resolve the conflict devoid of harassment.

During the campaigns Kihika promised to lift the ban on the matatus once elected, a move she said had affected businesses in Nakuru, which is a transport and business hub.

The governor, however, gave procedures to all the Matatu Saccos on the mode of operation to be followed to maintain law and order, and any Saccos flaunting the rules would have their stage allocation cancelled.

Among other orders given will be the lapse of access to the CBD in 18 months once the construction of the modern matatu park is completed.

Kihika allows PSVs back to CBD after two years ban

The transport sector in Nakuru has become a political tool as 2022 campaigns start in earnest
R.Valley - Page 30
1 year ago

He said that the removal of matatus from the CBD will disrupt business.
News
1 month ago
Post a comment
WATCH: The latest videos from the Star
by JAMES MUNYUA
Rift Valley
18 January 2023 - 21:00
Read The E-Paper