• Ruto said he pushed for NPRs but cartels forcefully pushed them out. 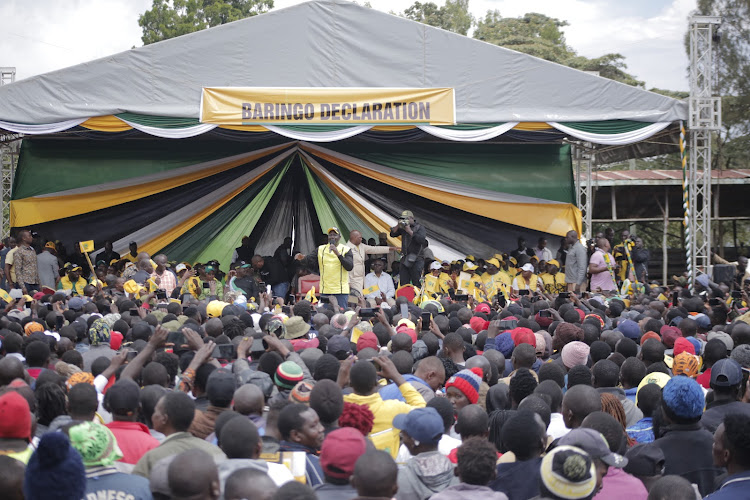 Ruto condemned the killings of residents and theft of livestock in parts of the North Rift, saying it shall be a thing of the past.

A 30-day curfew was re-imposed on Tuesday in parts of the Kerio Valley as the anti-banditry operation is still ongoing. Some residents wanted it lifted before the general election on Tuesday next week.

"I had earlier on pushed for deployment of National Police Reservists in the banditry-prone areas but some cartels used force to have them withdrawn" he said.

DP Ruto spoke during a rally in Kabarnet town, Baringo, on Monday.

Interior CS Fred Matiang'i and other officials have denied NPRs have been withdrawn and the CS called Ruto a "liar".

Eight people were burnt to ashes after their houses were torched in Napeitom, Turkana East, on Sunday.

In a separate incident, a youth was shot dead in Kapturo, Baringo North, on the same day.

Those deaths raised to more than 100 the number of people killed in Kerio Valley since last December.

The government is conducting a security operation to flush out bandits in Isiolo and parts of North Rift, Kerio valley, Elgeyo-Marakwet, Tiaty and Baringo North subcounties.

Baringo South, which is also affected, has been left out over what the county security bosses termed a "special case". They say banditry has declined. 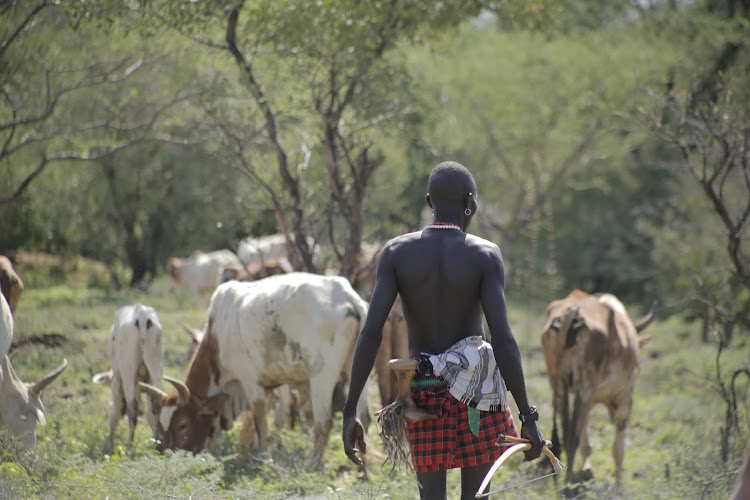 ARROWS VS AK-47S: A Pokot warrior armed with sword and arrows herding his head of cattle at Kamusuk in Tiaty, Baringo, on June 12
Image: JOSEPH KANGOGO

"It is not because of sympathy but those affected by insecurity have the right to live peacefully wherever they are because they pay taxes taxes like every other Kenyan," Ruto said.

He said it is unfortunate some residents have been displaced and cannot send their children to school. "It's just a matter of time before the issue is curbed, once and for all," the DP said.

Earlier Jematia was arrested, detained and arraigned for allegedly making inflammatory statements. She allegedly threatened to arm her Baringo South constituents to defend themselves against bandits.

The UDA leaders also pledged to unite, once elected, to come up with measures to end banditry, saying their people have suffered for too long and deserve peace.

Dusk-to-dawn curfew in place since June 8, due to expire August 7
Counties
3 weeks ago

Security teams will particularly be deployed in more populated areas and polling centres.
Counties
1 month ago

Ruto claimed reservists were withdrawn from Kerio Valley on grounds that he would use them as militia.
News
3 weeks ago

More will be deployed later in conflict areas; most are now in Baringo,
Counties
5 months ago
“WATCH: The latest videos from the Star”
by JOSEPH KANGOGO Correspondent, Baringo
Rift Valley
03 August 2022 - 22:00
Read The E-Paper