Projects never started though advance payments made, Sh22b said to have been lost, misused

• Governor is an ally of President Kenyatta and ODM chief Raila Odinga and spearheads BBI in the region. Says region benefiting in development. 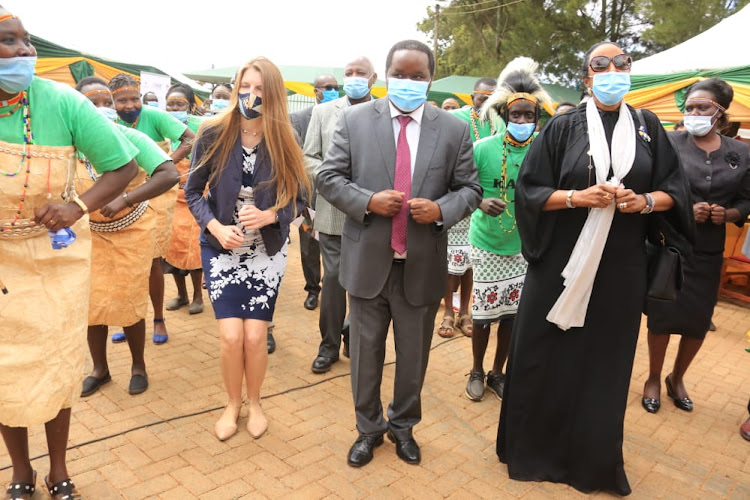 About Sh22 billion is believed to have been lost or misused on the two dams that were never started though contractors and suppliers were paid large sums in advance.

President  Kenyatta, reacting to the twin dams scandals, cancelled the Kimwarer Dam, which never took off, and  scaled back Arror, which still has not taken off.

Former Treasury CS Henry Rotich and more than 20 others were charged with abuse of office and corruption-related offences in regard to the two dams. They include Kerio Valley Development Authority CEO David Kimosop.

All pleaded not guilty.

The governor is an ally of the President and ODM leader Raila Odinga. He said his region is benefiting from the March 9, 2018, handshake between the two.

Tolgis is chairman of the BBI drive in Rift Valley.

“The handshake is fostering peace and unity and helping to have development programmes rolled out," Tolgos said. "We have so many projects under tendering, thanks to the national government," he said in Iten town.

He said the Arror and Kimwarer dams, which were to be implemented by the Kerio Valley Development Authority, would be of great benefit.

President Kenyatta was informed Kimwarer was to have been built on a geological fault and was a disaster in waiting. It was not technically viable and the last feasibility study was done 28 years ago.

Meanwhile, the UK is among donors and investors who will finance a  Sh7.9 billion upgrade of Iten town, the county headquarters.

The British government has donated Sh400 million as seed capital for the economic plan to transform Iten municipality.

British High Commissioner Jane Marriott and Sports CS Amina Mohammed were in Iten on Friday to preside over projects.

The Urban Economic Plan for the town was developed by Atkins Consultants hired by the UK’s Sustainable Urban Development programme.

The project will include a sports park and modern elite sports hub.

Iten is among 12 Kenyan towns to benefit from upgrades.

The UK envoy  unveiled the World Athletics (formerly IAAF) Heritage Plaque awarded to Iten for its contribution to athletics. It is known worldwide as one of the best altitude training areas.

Running tracks will be built.

Marriott said her government had selected Iten due to its fast growth and status as a world athletics training destination.

“The economic plan will harness Iten’s world-class sports and tourism potential and its agricultural economy to create investment opportunities for the private sector and create jobs for locals," the envoy said.

CS Amina said the recognition of Iten as a World Heritage site confirms its contribution to global athletics history.

Tolgos said the plan would be implemented in phases. The economic blueprint would be largely driven by the private sector. The government will create an enabling economic environment.