I will not hand over power to crooks, says Governor Nyong'o

He says residents should remain steadfast and elect leaders with integrity and who are development-oriented. 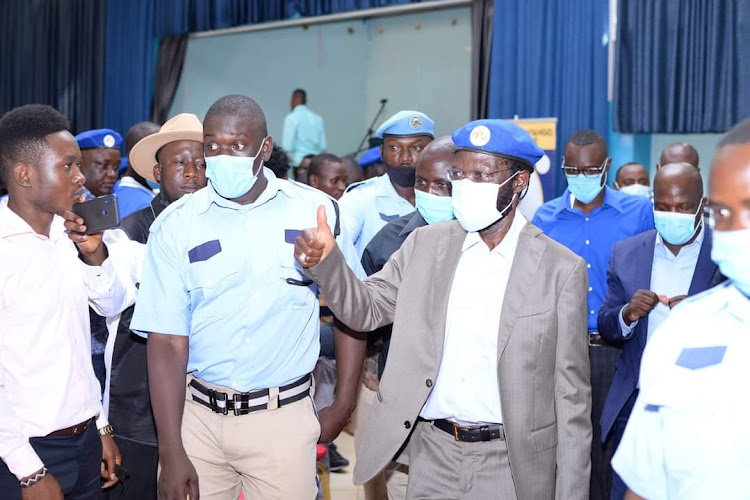 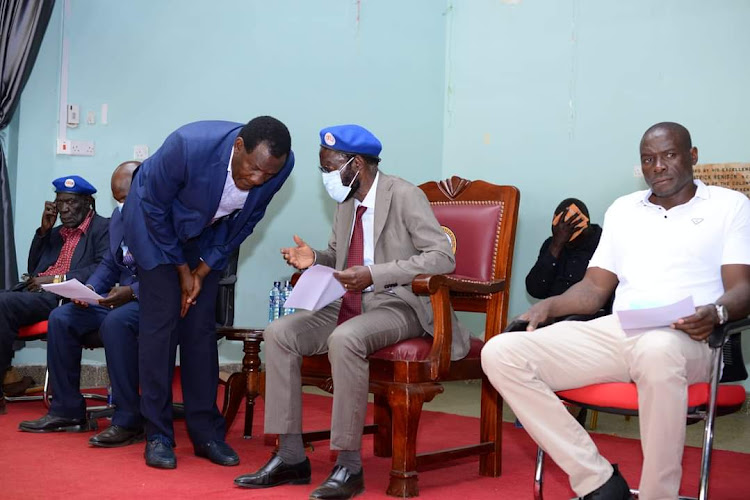 Kisumu Governor Anyang Nyong'o has said he will not hand over power to “pirates and wash wash" in the next year's general election.

Nyong'o asked county residents to remain steadfast and elect leaders with integrity who are development-oriented.

While drumming up support for his re-election on Thursday, he urged residents to continue supporting him for ample time to fully implement his development projects.

He was speaking during the Nyanza Region Youth for Raila meeting at Mama Grace Onyango Hall .

The governor told the youth to be wary of politics of deceit, fraud and clanism.

The youths were drawn from six counties in the Nyanza region.

Nyong'o said the county cannot be seized by pirates.

"I want the best for this county. That is why my administration is focused and committed to complete our development agendas to better the livelihoods of our people," he said.

The county chief also advised politicians and residents to stop politics of violence.

"We should not destroy the gains we have achieved due to the peace that the country has enjoyed. Let every politician sell their policies and make wise decisions," Nyong’o said.

He said he has initiated many projects, including those aimed at empowering traders, youths and women.

Nyong’o challenged youths to arm themselves with voter's cards and ensure they vote for ODM leader Raila Odinga to clinch the presidency.

The youths, he said, will play a critical role in forming the next government hence must make a wise decision when voting in the forthcoming polls.

“Raila is the most qualified and right person to steer the country to the right direction after President Uhuru Kenyatta retires," he said.

Nyong'o said that Raila means well for the country based on his democratic, patriotic and unity kind of politics.

He said that all traders will be resettled in healthy and habitable environments to do business.

Nyong'o said Kibuye market will be completed by March next year.

Wanga said Nyong’o has done a lot for the county and should be given another term.

He said those seeking to unseat Nyong’o were lightweight politically and questioned their development record.

“Let them show the public the projects they have implemented. They should base their campaigns on issues aimed at improving the livelihoods of residents and not maligning others,” he said.