Wanga: I haven't dropped out of governor race

•Wanga said she does not fear her opponents.

•“Winning a political seat is not a walk in the park. You have voted me twice as woman representative. I’m not seeking another term in Parliament,” she said. 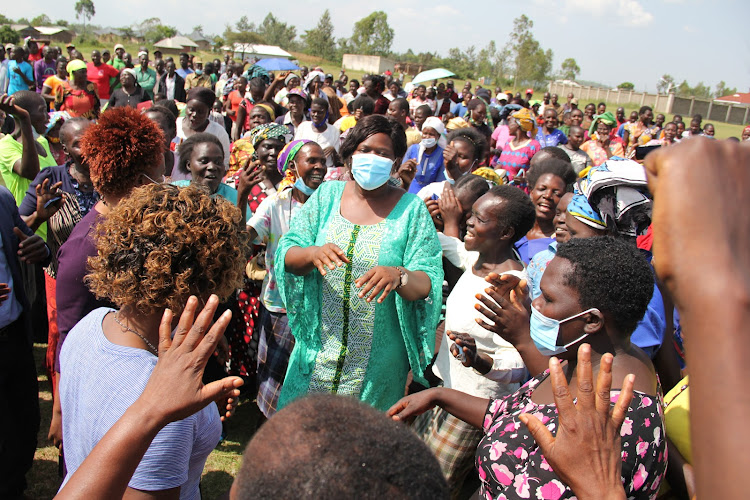 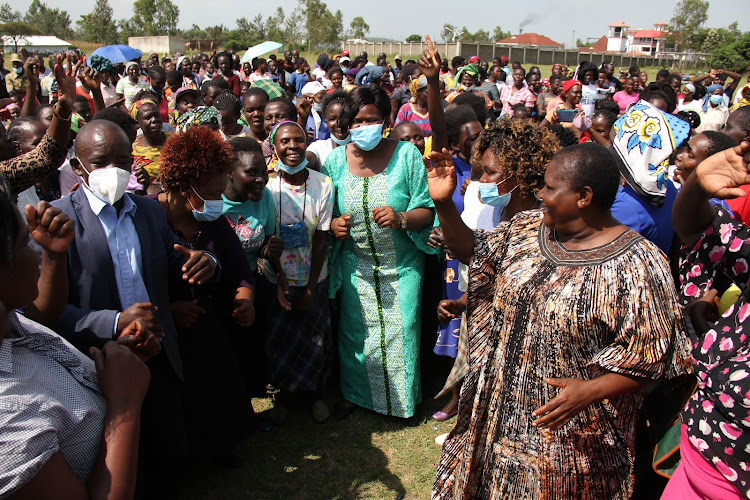 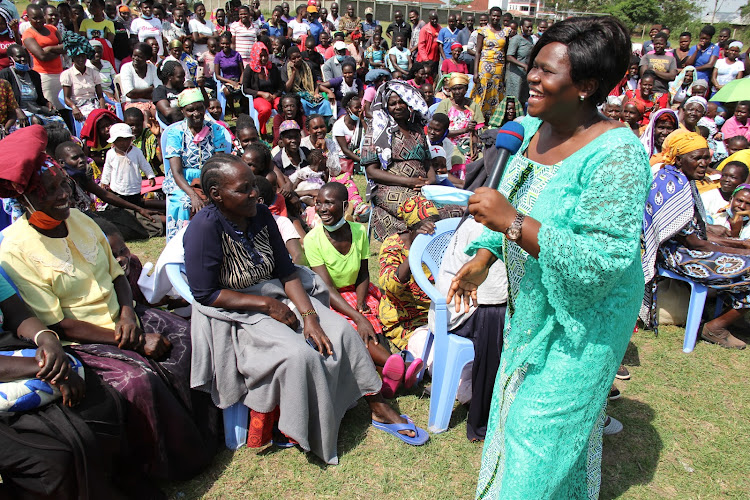 Wanga described as propaganda and rumours speculation that she has given up on aspiring for the governor seat and seeking a parliamentary re-election.

She argued that the falsehoods are peddled by rivals.

The second term legislator said she is hopeful that she through support of residents will overcome all the challenges and become Homa Bay governor.

Wanga is among politicians who have declared interest in succeeding Governor Cyprian Awiti in 2022.

“I will not succumb to propaganda being peddled by my known political rivals. My focus is on the governor seat and I haven't abandoned the cause,” Wanga said.

Speaking on Wednesday during when she distributed Abedo funds to small-scale women traders at Riat market in Ndhiwa constituency, Wanga called on her supporters to stay put and unmoved.

The woman representative claimed it is the same opponents who told her to return and contest for governor in Kisumu which is her home county.

“In African traditions a woman belongs to place where she is married than where she’s born. I belong here and I’m not boarding,” she added.

Wanga said she does not fear her opponents.

“Winning a political seat is not a walk in the park. You have voted me twice as woman representative. I’m not seeking another term in Parliament,” she said.

Wanga said the money will be a boost to the women in business should they prudently utilize it.

“We have given over Sh40 million to more than 30,000 women traders across the county,” she said.

The MCAs urged residents to support Wanga in her quest for the governor seat.

“We have seen what men can do when elected governor. Let’s try a woman this time round for us to get a real change,” Ogindo said.

Koweje argued that those who spread rumours that Wanga has bolted out of the race fear her.

“It’s men aspirants who spread the wrong information that Wanga has stepped down. I think they have sensed defeat,” she said.