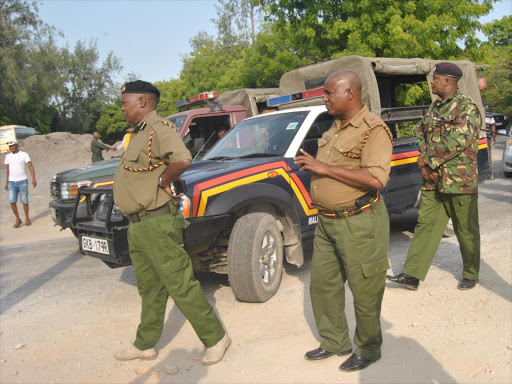 The management of Temple Point Resort in Watamu has protested against a move by the police to forcibly escort an investor into the disputed Sh1 billion hotel using “unclear court orders”.

However, the hotel security became suspicious and alerted their seniors and locked the police out. It emerged the police had come to implement ‘unclear court orders’ which did not state whether Kenyan investor Isaac Rodrot and his Italian partner Stefano Uccelli should take over the resort.

Mumba Ngundi, the manager, said Rodrot and Malindi OCPD Matawa Muchangi later came in another two police vehicles but were still blocked from accessing the resort. He accused the police of being used to frustrate German investor Hans Langer, who was not at the hotel.

“What happened today is strange. If police officers could be used that way, we wonder where we are going. Police raided the hotel while people were asleep and staff were not at the hotel,” Ngundi said. He said there is a court case which will be heard on March 1 and there are no other orders concerning the takeover of the hotel.

“We asked them to produce a court order and they did not have any. We could not allow them in,” Ngundi said. Muchangi said the police went to the hotel to implement orders issued by the Court of Appeal. He dismissed claims the police are being used to frustrate Langer.

Post a comment
WATCH: The latest videos from the Star
by STAR REPORTER
Coast
05 February 2018 - 00:30
Read The E-Paper