NO ONE TO TURN TO

The body of Kariuki has been lying in the mortuary for over a month now.

• He died on August 8 after spending a month admitted at the facility.

• By Monday, the family had an accumulated pending body service fee of Sh42,000 on top of the pending medical bill of Sh890,000 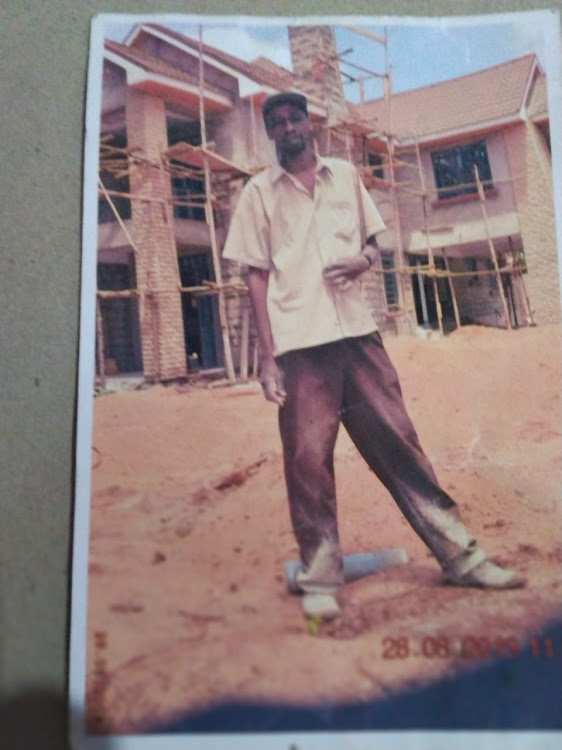 A past photo of Edwin Kariuki
Image: WANGECHI WANG'ONDU

A family from Kibingoti village, Kirinyaga, is living in agony after a Nyeri hospital detained the body of their relative over a Sh930,000 medical bill.

The family of Edwin Kariuki said his body has been lying at the hospital mortuary for over a month now.

He died on August 8 after spending a month admitted at the facility.

Kariuki, 45, was referred to the hospital for further examination by another Nyeri-based private hospital.

He was rushed to the private hospital after a road accident between Kibingoti and Mugumo on July 2.

His mother, Ruth Njeri said the father of three was heading home from his masonry job when the accident occurred.

She said that when he was admitted they only had Sh23,000 and the hospital was asking for a deposit of Sh100,000 for Kariuki to be taken to the Intensive Care Unit.

“We paid the little we had and pleaded with the hospital to give us more time to raise the remaining amount. Luckily, they allowed us and they commenced treatment," Njeri said.

She said as the days went by, the hospital bill rose steadily owing to the nature of his injuries and the treatment course required.

“He was functioning with the help of a machine. We found ourselves in dire need of money, which never came easy. We had to borrow from friends and relatives and we had two major fundraisers,” Njeri said.

By the time Kariuki died, she said, the bill was Sh1.9 million. The family has managed to pay Sh1 million with the help of friends.

“The bill keeps soaring because the hospital issued a demand that we have to pay a service fee of Sh1,000 each day as long as the body of my son is in the hospital's custody,” Njeri said.

She said they have exhausted all possible avenues for raising money, including unsuccessful attempts to deposit their title deed with the hospital and seeking help from local leaders.

By Monday, the family had an accumulated pending body service fee of Sh42,000 on top of the pending medical bill of Sh890,000

She is now calling on people of good will to help them raise the balance so they can give Kariuki a decent send-off.

Kariuki's widow Dorothy Muthoni said it has been an emotionally draining two-month journey for her and her three children, aged between 12 and 22 .

“We wake up each day to rack our brains on how to raise the required money so that we can be permitted to get the body and bury it. Efforts to clear the bill have been very unsuccessful and we are calling on good Samaritans to respond to our cry for help,” she said.

Muthoni said they have been holding funeral services for Kariuki with the hope there will be light at the end of the tunnel.

His younger brother, Rukenya Njenga said they had done everything within their means to raise the money to pay the bill.

“It has been a very rough mourning period. Apart from coping with the loss of my brother, we are entangled in debts over the money we have borrowed from friends as we attempt to settle the bill.”

Well-wishers willing to help the family can reach Rukenya Njenga on phone number 0727994916. Alternatively, help can be sent through till number 9936669.

Post a comment
WATCH: The latest videos from the Star
by WANGECHI WANG'ONDU
Central
19 September 2022 - 22:00
Read The E-Paper