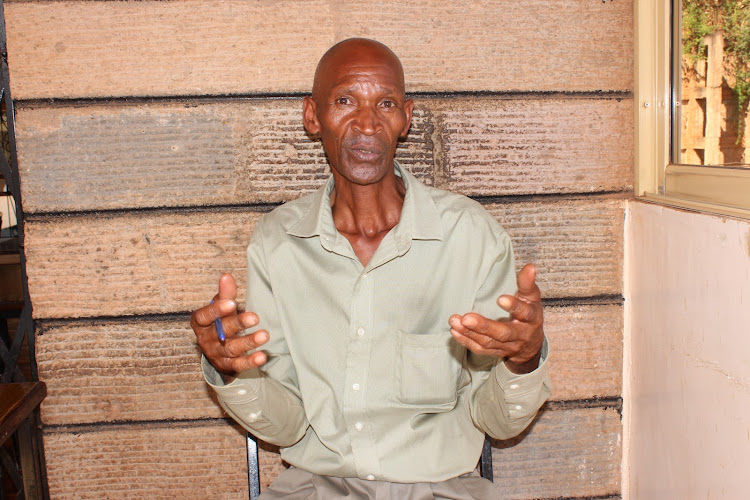 61 years old Stanley Karuri during an interview with The Star in Murang'a town on May 11, 2022.
Image: Alice Waithera

A 61 years old journalist has joined the race for Murang’a senator seat.

Stanley Karuri said he has the necessary experience needed to oversight the county government saying his involvement in the fight for multi-partism has prepared him.

He was under the care of his elder sister who was living in the city.

He completed his secondary education in 1979 after later went to study media in Uganda.

He later came back to Kenya and worked with senior journalists such as Wahome wa Mutahi and Maina wa Kinyati.

“I got a job at Mugambo Wa Kenya that aired for two hours at Voice of Kenya and was stationed in Nakuru as a freelancer. That is how I eventually joined the Mwakenya movement,” he said.

The first edition of the paper was published in May 1982 and since the paper was not licensed, copies were stored in a chang’aa den in Mathare slums, Nairobi, to evade the government.

“They gave me copies to distribute in Nakuru for free but I was eventually arrested after distributing 1,500 copies and I was taken to Nyayo House," he said.

"There, I stayed in cold water for three hours but my torturers could not squeeze any information from me." 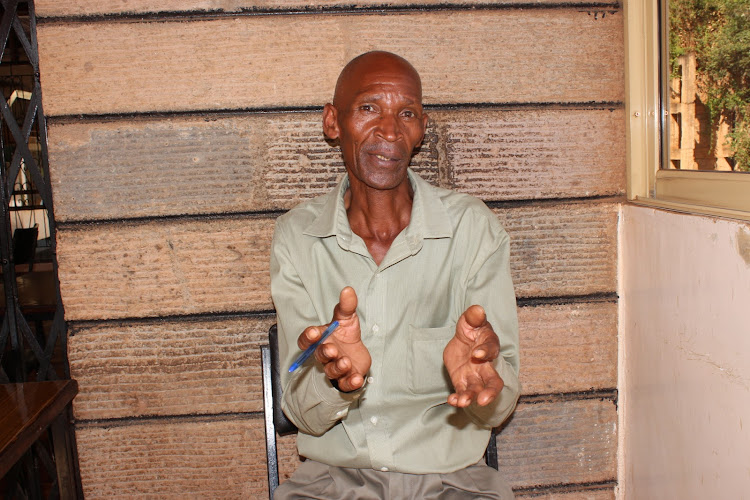 Someone informed Joseph Kamotho, an ally of the then President Daniel Moi, that a man from his home county had been arrested distributing copies of the banned paper.

Karuri said Kamotho called Moi and pleaded on his behalf, saying he was just a young man that was being used by the activists. Karuri was then released.

He relocated to Gilgil and vied for councillor seat in 1983, a position he held for two years.

He was removed from the seat after fighting the then chairman of Nakuru county council Kariuki Chotara, after he insulted Kamotho, calling him a traitor.

He came back to Murang’a in 1992 and was employed by a local publication known as The Sharpener in 1993.

He worked with the publication until 1997 when he started, The explorer, a publication that circulates in Murang’a county to date.

The same year, he vied for Karuri ward councillor but was defeated.

In 2007, he unsuccessfully vied for Hospital ward seat through the ODM party. This forced him to focus on his publication and keep off politics until now.

Karuri had initially announced that he would vie for the senator seat through the ODM but decamped after the party joined Azimio la Umoja alliance.

“I am now vying as an independent candidate but my presidential candidate remains Raila Odinga. I have supported him since my days in Mwakenya Forum,” he said.

If elected, Karuri pledged to ensure devolved funds reach all wards and are prudently used.

“Cases of some wards suffering just because the MCAs are not in good terms with the governor will be a thing of the past. I will also ensure workers, especially health workers, are promptly paid and ta conducive environment for Jua Kali sector to thrive,” he said.

As Muranga county politics heat up, the Senate seat fight is shaping into a two horse race as between the youth and the old. The youth are ...
News
5 years ago

More than 20 senators are expected to vie for gubernatorial seats.
News
6 months ago
“WATCH: The latest videos from the Star”
by ALICE WAITHERA Correspondent, Murang'a
Central
15 May 2022 - 22:00