APPLY LAW TO EVERYONE

•The leaders said the country’s major enemy is corruption which hinders progress.

•The church is willing to corporate with the relevant agencies in the fight against the vice. 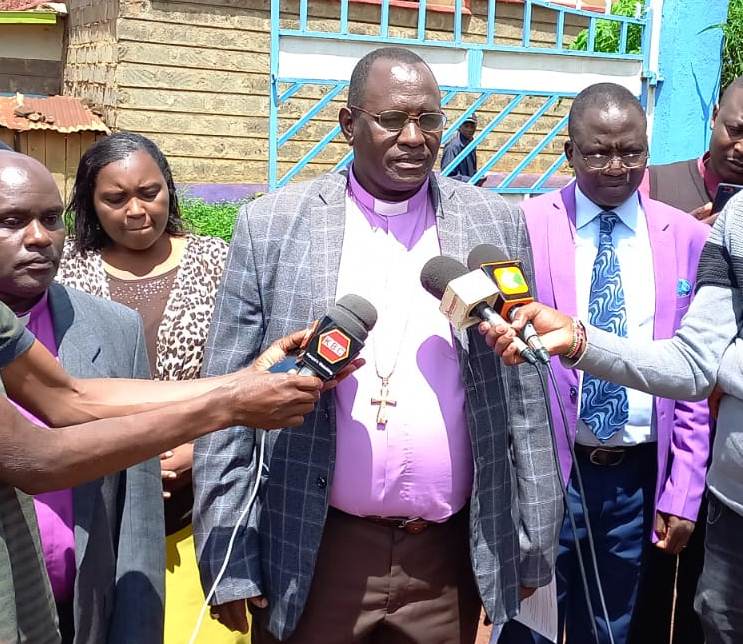 Kirinyaga East Clergy Forum said his action amounts to a travesty of justice to the common Kenyan and further compromises the fight against corruption.

Led by their chairman Jacob Kamau, the leaders said the office of the DPP is an independent institution that should make sound judgment particularly in cases revolving around the protection of public resources.

Speaking in Gichugu on Wednesday, Kamau dismissed Haji’s excuse saying he is constitutionally mandated to prosecute all cases regardless of their nature and season.

“You can not suspend corruption cases for suspected corrupt politicians because you will be accused of a political witchhunt. Your office is independent and works based on evidence provided by the investigating agencies,” Kamau said.

“The law should be applied to everyone.”

Kamau said this will make corruption cases even more complex should the individuals implicated get elected or re-elected.

“We are on the wrong track and the DPP must be called out,” he said.

“It will be too late to effectively act on such cases if individuals implicated are found guilty and told to step aside, because it will cost the taxpayers more money to conduct a by-election.”

His sentiments were backed by the secretary general Josphat Wachira who said the country’s major enemy is corruption which hinders progress.

He said the church is willing to corporate with the relevant agencies in the fight against the vice.

“Those involved should face the law with no excuses. Let them defend themselves in a court of law but not in public,” Wachira said.

The religious leaders proposed the revision of the retirement age from 60 to 55 years.

They said the productivity of an individual starts to dwindle as one ages, thus appropriate for public servants to retire in their mid-50s.

They said this will help to create more opportunities for the young people and curb the unemployment crisis.

“Most individuals get employed in the civil service while in their mid-20s. A 30-year period is good enough because they will be productive,” they said.

“Past 60 years, one is not resourceful because age will have caught up with them.”

Haji: No graft charges for governors, MPs before polls

His office has halted approval of corruption files linked to any politician during the electioneering period.
News
1 month ago
“WATCH: The latest videos from the Star”
by WANGECHI WANG'ONDU
Central
05 May 2022 - 22:00