Kibicho defends delay in setting up 3 police stations in Laikipia

• The government had promised to build three more police stations at the height of banditry attacks in Laikipia West six months ago.

• The PS said there is a government policy that bars the commencement of fresh projects until the ones on course are completed. 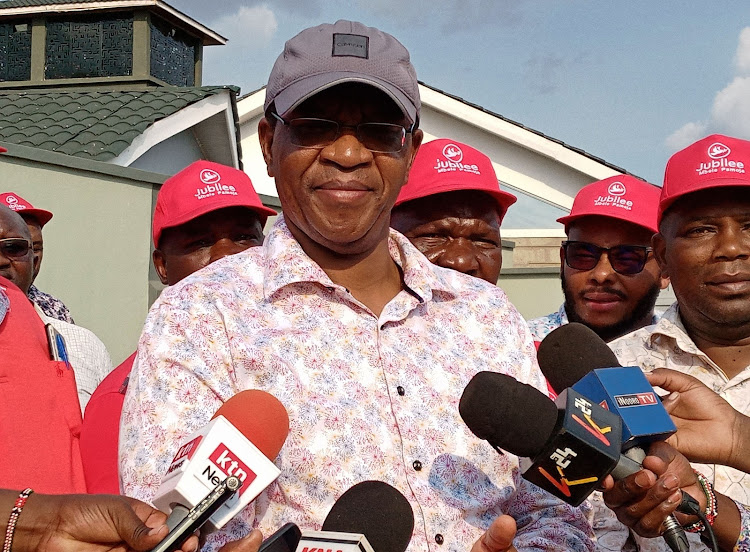 Interior PS Karanja Kibicho has defended the delay by the government to establish three additional police stations in Laikipia in the war against banditry.

On Friday, he urged local leaders to be patient, saying the government has started the process of reallocating funds for the establishment of the stations.

The government had promised to build three more police stations at the height of banditry attacks in Laikipia West six months ago.

Kibicho said unlike in the past, where the government allocated funds for the implementation of projects, the state had revised its format of funds dispensation into a more programme-based one.

"Funds are released from the National Treasury targeting the implementation of certain projects. In case the project is choked by a myriad of problems and subsequently not ready to start, we reallocate the funds to another project which can run seamlessly to its completion," he said.

The PS said there is a government policy that bars the commencement of fresh projects until the ones on course are completed.

But due to the urgency of the matter, he said funds for the establishment of additional police stations in Laikipia will be reallocated.

"Funds reallocation process takes time because it requires to be justified and as such has to undergo various legislative and ministerial authorisations. I plead with Laikipia Governor Ndiritu Muriithi and other leaders to be patient as we work on it," Kibicho said.

Muriithi had said the government promised to establish stations within Ol Moran, but there is nothing to show for it six months down the line.

"They [the government] committed to collaborate with us in building three stations as a way of restoring and tightening security. It is disappointing that six months down the line the government is yet to fulfil what it promised," the governor said.

"They vowed to see to it that we have the stations in place and nothing could be more disappointing than to see the state of our security being compromised due to government's negligence.”

Police reservists to be deployed in Ol-Moran, Laikipia county