Waiguru to Ngirici: You can't be resourceful as an independent governor

Waiguru said Ngirici feared to face her in the UDA nominations.

•  Morevor, Wangui faulted the party for coercing her to drop her gubernatorial bid and instead go for the Mwea parliamentary seat.

• Waiguru went further to fault Wangui's candidature saying she feared to face her in the UDA nominations and has all along been lying and  giving flimsy excuses for having dumped the party. 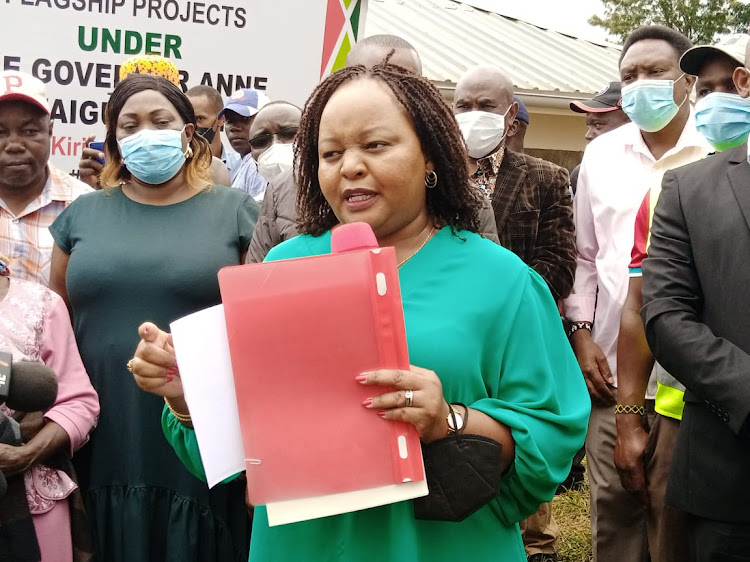 You cannot be an independent leader and stand better chances of adequately serving the people on the ground while you have not aligned yourself and partnered with the government of the day.

Those were the words of Kirinyaga County Governor Anne Waiguru to her political rival Wangui Ngirici.

In a move seen to discredit County Woman Rep's independent candidature, Waiguru has told the Kirinyaga electorate that a leader chosen on political parties more so one that has formed a sitting government is more resourceful and advantageous.

" You can not say you will bring development to the people while on an independent ticket. You have to align your visions, plans, and development programs with the government of the day in order to implement and eventually cascade them on the ground. I beseech you to think twice and avoid being lied to," Waiguru said.

Waiguru went further to fault Wangui's candidature saying she feared to face her in the UDA nominations and has all along been lying and giving flimsy excuses for having dumped the party.

"No one threw you out! Why don't you reveal the truth that you have all along been fearing nominations? If you have no marketable manifesto and agendas why don't you say you are resisting competition rather than lying that you were kicked out. " 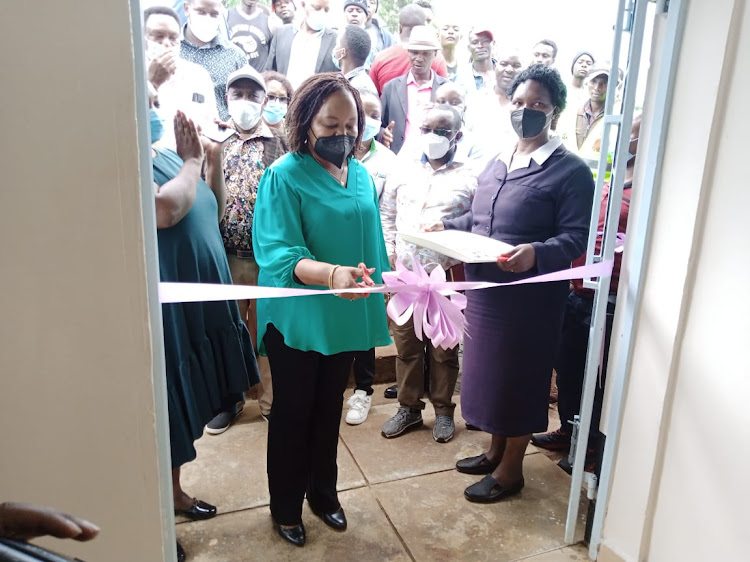 Late last month Ngirici announced to dump UDA citing frustrations in the party. She said her opponent had already secured her nomination ticket after buying it for a handsome amount.

Morevor, Wangui faulted the party for coercing her to drop her gubernatorial bid and instead go for the Mwea parliamentary seat.

Waiguru on Friday further dared Wangui to sell her development agendas and refrain from maligning her name and insulting her in public.

Speaking during the launch of the Kamwana dispensary in Gichugu, the county chief vowed to turn a blind eye to the propaganda being perpetrated by her opponent, and instead, concentrate on marketing the projects she has implemented on the ground.

"My record speaks for itself and requires effortless energy to explain. Those with eyes can clearly see the work I have achieved over the past five years and I'm confident they will trust me to continue serving them."

She at the same time took a swipe at Narc Kenya's Martha Karua who has equally expressed interest in the seat, for having underdeveloped Gichugu during her long-term service as an MP.

Waiguru credited most of the transformative projects in the constituency to her administration which has been at the helm of the county leadership for close to five years.

Speaking on another note said Kirinyaga has overwhelmingly decided to embrace UDA politics, and consequently, the deputy president William Ruto as the fifth head of state. 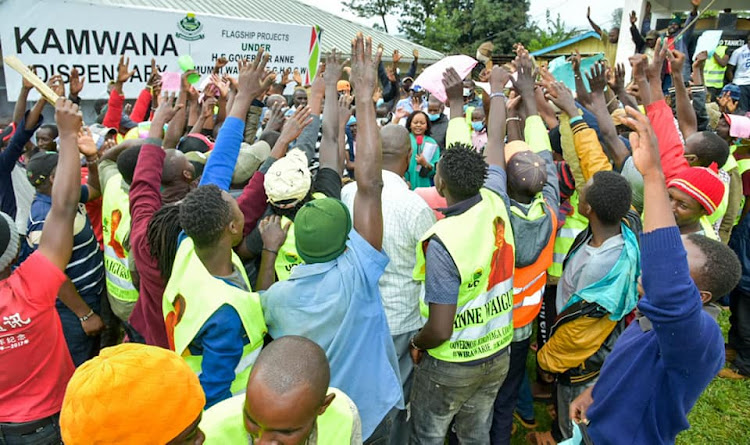 She said Azimio had very slim chances of forming the next government as a majority of the Kenyan electorate had already settled on Ruto.

In order to achieve Ruto's presidency, Waiguru rallied the county residents to overwhelmingly register as UDA members and better enough as voters in the ongoing mass voter registration so as to enable them to participate in next year's polls.

I have become more popular since I joined UDA — Waiguru

Kirinyaga boss says the party was popular with over 80 per cent support, she is optimistic of her re-election
Counties
4 months ago

Waiguru argued that in Mt Kenya region, Ruto is leading with over 82 percent.
News
4 months ago
by WANGECHI WANG'ONDU
Central
21 January 2022 - 22:47