• Kenneth said though debts are not bad, the government should establish the extent of its borrowings and their impact on the economy.

• He said the government should be particular on the needs covered by the debts and how they help grow the economy. 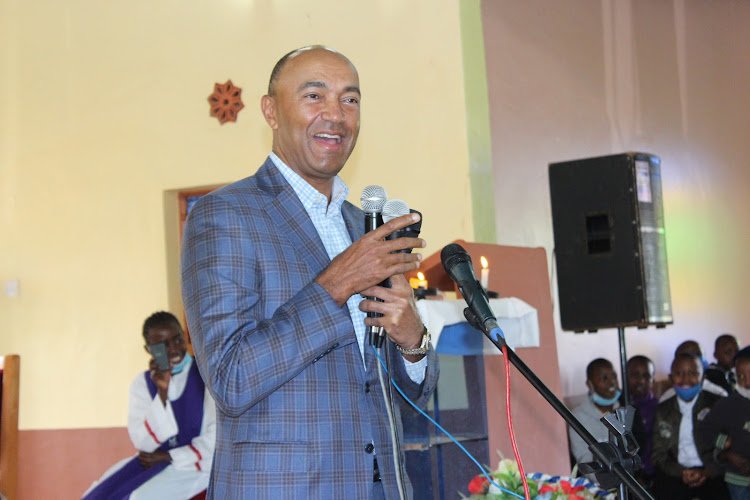 Former Gatanga MP Peter Kenneth has asked the government to audit its debts.

Kenneth said this is the only way that the government can determine the extent of its borrowing and the impact the loans have on the economy currently and in the future.

The politician said when he served as the assistant minister for Finance during the Grand Coalition government, the total national debt was Sh2.4 trillion.

“In 2008, the debts were at Sh700 billion and they rose by Sh1.7 trillion by the end of the grand coalition government. Today, we are told it is anywhere between Sh9 trillion and Sh11 trillion. There is a reason for concern,” he said.

Kenneth who vied for the presidency in 2013 reiterated that debts are not bad but underscored the need for an audit to determine whether they are good or bad.

He said there is a need to be very particular on the needs covered by the debts and how they help grow the economy.

Kenneth said the high national budget has necessitated the borrowing and put the country on a debt cycle.

“We have a situation today where we have a budget of Sh3 trillion with Kenya Revenue Authority (KRA) collections standing at Sh1.8 trillion and Sh1 trillion going towards servicing debts, salaries and the devolved units. We have to borrow money to meet it,” he said.

“I think it is the high time we address the concerns and audit the borrowings that have been there to see the impact they have on the economy now or in the future,” he added.

He called on the government to broaden the tax base by empowering more Kenyans to contribute to boost tax collections and fasten the debts repayment process.

“As a finance minister, I would do an immediate audit to find out the actual extent of the debts and their interest rates. I’d tell the President, let us move out of commercial debts and go to multilateral borrowing to reduce the rates so that more money can be released to growing the economy instead of paying the debts,” he said.

Kenneth spoke during an interview in a local TV station. He said the Jubilee government made too many promises in its manifesto that posed a challenge in implementation.

Fiscal discipline was also lacking, he noted, leading to excessive expenses such as over quoting in tenders.

Last week, there was an outrage among Kenyans who used the social media to ask the International Monetary Fund (IMF) to stop loaning the government over claims that previous loans were misappropriated.

This was after IMF approved a Sh255 billion three- year financing package meant to support the country’s Covid-19 response.

On the 2022 succession, Kenneth said the Mt Kenya region will come to a consensus and settle on a leader who will represent its interests.

Kenneth said the leadership of the region should not be pegged on location but the qualities of the candidates.

A section of Murang’a residents have been calling on Kiambu and Nyeri counties to support the county after having produced previous presidents.

“For me, it is an issue of getting someone who will look at the interests of the region and the country. Someone who has demonstrated leadership,” he said.

He expressed optimism that the president will not impose a leader but will instead offer guidance.

“I foresee a situation where majority of the people gunning for the region’s leadership will agree to back one individual who will then represent it on the negotiating table,” the former legislator said.

Kenneth is among a host of political leaders who are eyeing the Mt Kenya region kingship after President Uhuru Kenyatta’s tenure.

He said he looks forward to serving the nation in any position, especially if the Building Bridges Initiative (BBI) process is successful.

I am ready to work with the President - Peter Kenneth

Kenneth said President has to get rid of people who critique and disrespect him.
Counties
10 months ago
by ALICE WAITHERA Correspondent, Murang'a
Central
17 April 2021 - 12:45