• The gang of about seven youths has been attacking residents in their homes and waylaying them on the roads. 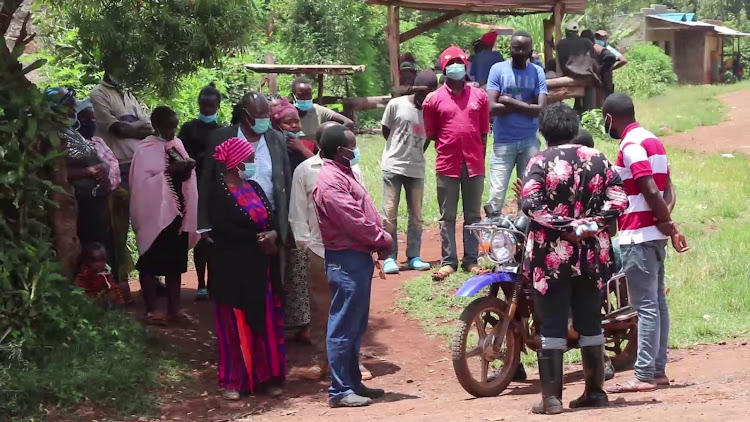 Gaichanjiru residents near the scene where a 28-year-old man was clobbered to death on Tuesday morning
Image: Alice Waithera 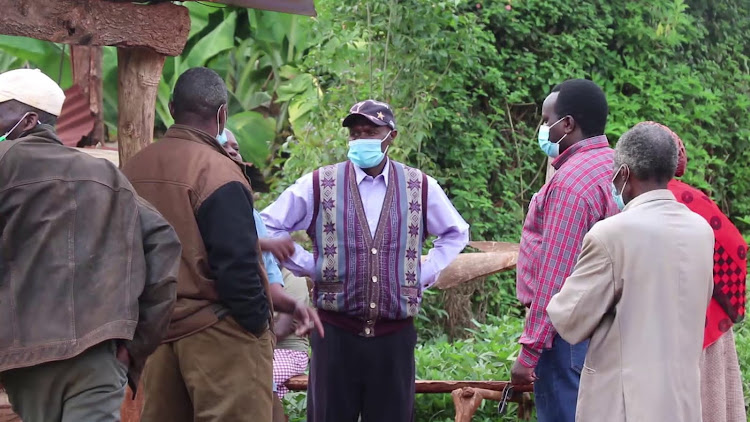 Distraught residents of Gaichanjiru in Kandara after the murder of a 28-year-old man who was assaulted by the gang.
Image: Alice Waithera

Residents of Gaichanjiru in Kandara, Murang’a county, want the police to apprehend a gang of seven youths that has terrorised them for months.

The latest attack happened on Tuesday morning when a 28 year-old-man was killed.

Residents said the gang attacked Samuel Ngugi at 2am as he slept in his uncle's house. They stormed the home saying they wanted to kill Ngugi.

His aunt and her younger brother, who were in the compound when the gang struck, escaped unhurt.

Bernard Wanyoike said he invited Ngugi into his home in April last year after his work was affected by the Covid-19 pandemic.

“I don’t live at home and I wanted him to help me work on some projects,” Wanyoike said.

He is the county government's chief executive for agro-marketing.

Wanyoike said he received a phone call from his sister informing him that his home had been attacked.

He said he was told that the gang broke into the house where the victim was sleeping. Ngugi tried to run to a neighbouring home but he tripped and fell.

The gang caught up with him. They clobbered him with rods.

His screams attracted a neighbour who rush to the scene and pleade with the gang to spare his life.

By that time, Ngugi had sustained serious injuries and could neither talk nor walk.

The neighbour rushed him to Gaichanjiru Mission Hospital where he succumbed to his injuries.

Wanyoike said insecurity in the village has increased. He asked police to take action.

“Ngugi had wronged no one to deserve such an attack. His death should not go unpunished. It is the responsibility of the subcounty police commander to ensure his officers are working as they should,” he said.

A few days before the attack on Ngugi, the gang had raided another home which is just 100 metres away from that of Wanyoike. They did not hurt anyone as they were offered money.

Earlier on in a nearby bar, the gang had attacked a man for refusing to buy them alcohol.

“They are still around, people can see them going about their business. We want justice. Residents now fear insecurity more than Covid-19,” Wanyoike said.

He said police visited the scene and recorded statements, adding that residents are ready to help the officers make arrests as they know the culprits and their homes. One of the suspects left a hat at the scene.

“Residents say they have made over five reports to the police. Why is the gang being allowed to operate so freely?” he wondered.

Cyrus Kamande said the gang stabbed him two weeks ago at 7 pm when he refused to give them money.

The following day, they waylaid his wife as she went to fetch water from the river and assaulted her. The two reported the incident to the police.

“They told me as an avocado broker, I make a lot of money and I should give it to them, but I told them it was my sweat, and they could not have it,” he said.

Ngugi's killing comes a week after a 55 year-old-man was murdered and buried with cow dung in a shallow grave in Kabati, still in Kandara subcounty.

The police have since arrested a 24-year-old Ugandan man who worked as a farmhand in the deceased’s home. 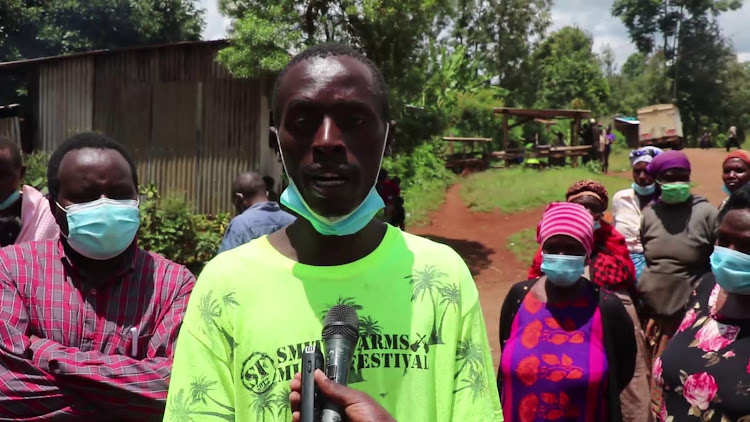 Cyrus Kamande, a Gaichanjiru resident who was stabbed by the gang recently. His wife was waylaid on the road and beaten.
Image: Alice Waithera 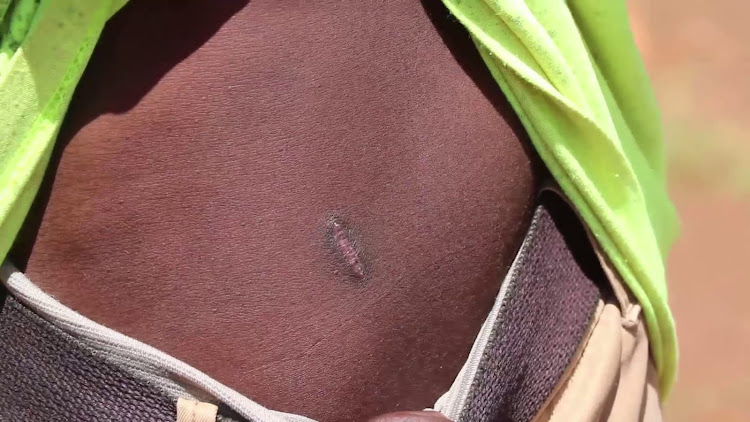 Cyrus Kamande shows a scar he sustained after he was stabbed by the gang.
Image: Alice Waithera
by ALICE WAITHERA Correspondent, Murang'a
Central
15 April 2021 - 22:00