• As his peers applied for college, Gathii decided to venture into rabbit farming.

• He has never looked back and is enjoying the labour as well as the profits. 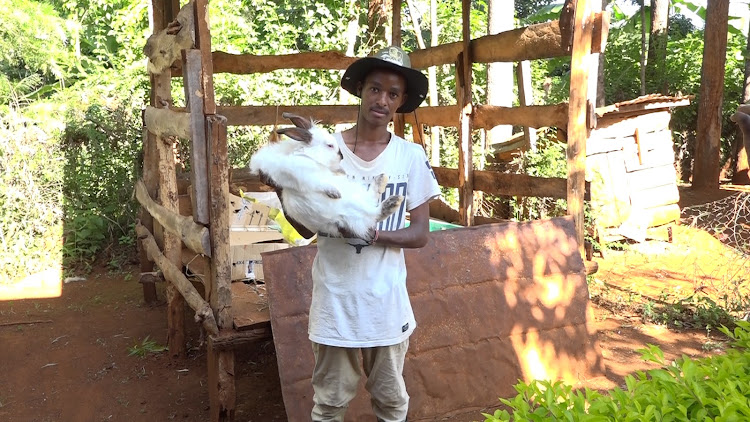 Benjamin Gathii shows off one his 200 rabbits in his farm in Kaharati area, Murang'a county.
Image: Alice Waithera

Benjamin Gathii graduated high school with one goal: to pursue a lifelong interest that he harboured since childhood.

As his peers applied for college, Gathii decided to venture into rabbit farming. He has never looked back and is enjoying the labour as well as the profits.

Rabbit farming requires little capital. The 22-year-old used the savings he had made from his pocket money while in secondary school to start off.

First, Gathii had to do a market survey and understand how to commercially keep rabbits. He visited several farms to familiarise himself with the practice.

He then bought five gestating rabbits that delivered scores of bunnies in a month’s time. That was the beginning of his journey as a farmer.

Having identified his market, Gathii sought the fast-maturing breeds he knew were ideal for meat production.

Three years later, Gathii has over 200 rabbits on his Rabicare farm and sells the meat to a butchery in Nairobi. He has over 10 breeds that include California white, Dutch, Checkered, Chinchilla, Angora rabbit and New Zealand.

Customers who buy rabbit meat directly from the farm pay Sh800 per kilo while those who buy in bulk pay Sh600 per kilo.

“The money I make from my small farm is able to sustain me. I did not see the need of finding another source of income,” Gathii said.

He also sells rabbit heads, skin and limbs to animal feed companies that specialise in dog and bone meals.

Gathii also sells rabbits’ urine to farmers who use it as fertilisers and pesticide for their crops. In a day, he collects about seven litres of urine and sells each at Sh100. 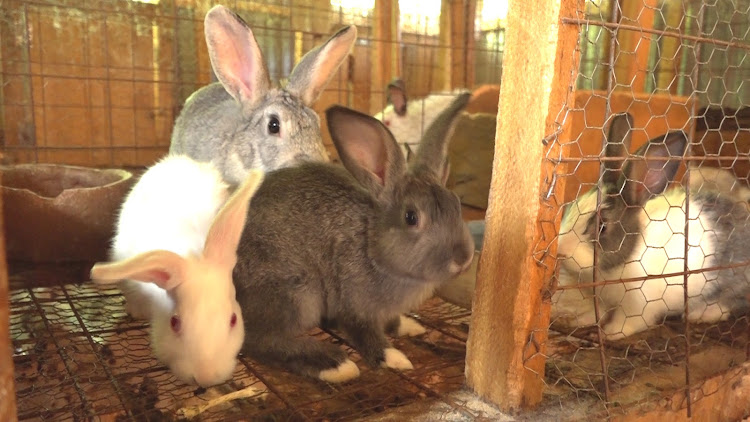 He plans to increase his bevy to over 1,000 by the end of the year and diversify his market.

“My passion for rabbit keeping started when I was a young boy but has been fanned by the support I receive from my parents,” he said.

He said rabbits gain between five and six kilograms in six months but said that they have to be fed several times a day.

“I feed them at least three times a day. The quantity of the food you give them is largely dependent on their age and weight,” he said.

They feed on pellets in the morning, dried vegetables at midday and hay later in the evening.

The practice, Gathii said, is not time-consuming and gives a farmer time to engage in other money-making ventures.

The main challenge he faces is diseases such as ear cankers, swellings, pneumonia and coccidiosis which can be managed if diagnosed early.

He urged the county government to consider establishing a slaughterhouse for rabbit keepers. The practice is gaining popularity with the insatiable rabbit meat market.

Gathii also called on youths not to focus on seeking employment but instead start small income-generating activities that do not require huge capital.

The market will have cold rooms that will facilitate packaging of our produce for export
Counties
7 months ago
by ALICE WAITHERA Correspondent, Murang'a
Central
10 April 2021 - 22:00