Kirinyaga Jubilee chairman says the President still holds sway in Mt Kenya and those interested in their votes must consult him first.

• Kang’ara says Mt Kenya assemblies' approval of the BBI is an indication of President Kenyatta’s political might in the region.

• He said Kenyatta will continue guiding the region insofar as development matters and future politics are concerned. 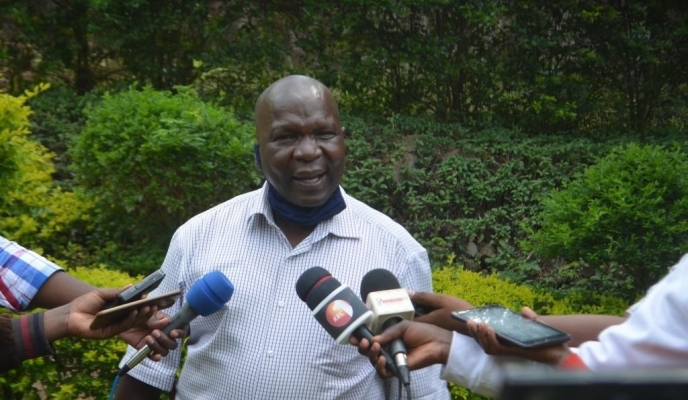 President Uhuru Kenyatta will remain the Mt Kenya supremo even if he chooses to retire from active politics next year, Kirinyaga Jubilee chairman Mureithi Kang’ara has said.

He said on Saturday that Uhuru still holds sway in the region and any presidential hopeful interested in their votes must pass through him.

Kang'ara attributed Mt Kenya's unwavering approval of the Constitution of Kenya (Amendment) Bill, 2020, to Uhuru's "political might and relevance".

He said the head of state will continue guiding the region insofar as development matters and future politics are concerned.

“When the people of the mountain make decisive choices, they do in unity and stick to that. The BBI unanimous endorsement by the Mt Kenya county assemblies is a true testament to the bond that exists among us under the leadership of President Uhuru Kenyatta,” he said.

Kang’ara told reporters in Sagana that politicians keen on wooing Mt Kenya voters in the run-up to next year's general election should consult Uhuru first so he can convene a meeting to deliberate on how the region will benefit.

“We don’t need political brokers at this instance. What we need are leaders who will negotiate on behalf of the region over the benefits our people stand to gain once a new administration assumes power,” he said.

Kang’ara praised Mt Kenya assemblies’ move to adopt the proposed constitutional changes, saying once they become law, they will benefit the region through improved representation and fair resource allocation.

He gave an example of Mwea constituency, which he said will get additional funds and representation in the National Assembly once split.

Kang'ara dismissed claims that the MCAs passed the BBI bill because of car grant inducement, saying it was their democratic right to have vehicles for use in serving the public.

"A car retailing at two million is still not strong enough for them to transverse their wards. Some of the representatives lead very large wards and so a car is necessary.

"A lot of locals look up to MCAs as the most available leader for their assistance in seeking transport facilitation, especially to events like weddings, burials and other urgent ones. These vehicles will end assisting the public more than the leaders," he said.

He urged Parliament to pass the BBI document so Kenyans can have an opportunity to make their decisions through a referendum.

“With the aggressive civic education in place, I’m optimistic Kenyans' eyes have been opened to see the benefits that will come with the endorsement of the report.”