Murang'a woman rep says the trees will have hurt the environment and rivers could dry up. 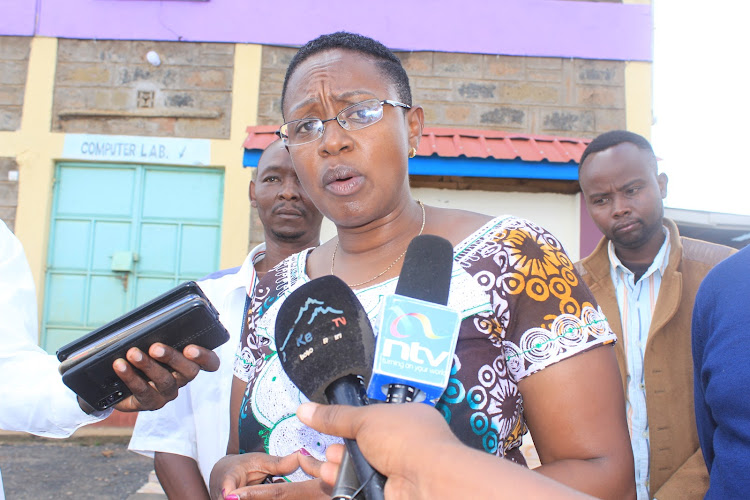 Murang’a Woman Representative Sabina Chege has dismissed those criticising her calls to clear eucalyptus trees from a 65-acre community farm.

Her remarks sparked fierce reactions, with some residents and leaders criticising her for calling for the destruction of the environment. The contentious land in Gituamba village, Kinyona, is registered at the Murang’a Lands Registry under LR/Kinyona/Bloc/2/786.

However, Chege stood her ground. “The backlash was out of misinformation and ignorance. I opposed planting of eucalyptus trees at a community farm that was meant for research and stands at a water source,” she told the Star.

The lawmaker, who is also the National Assembly Health committee, maintained that indigenous trees and fruit trees can be planted, but not eucalyptus. The trees draw a lot of water and grow quickly, lower water levels and damage the environment — often drying rivers and streams, especially if planted in riparian areas.

“The same land has a tea plantation. The eucalyptus would affect tea farmers more than the value they add.”

The legislator added that the forest has other downsides. She said it is a hideout for criminals and rapists and is home to wild animals that attack or scare away schoolchildren. Additionally, it has been blamed for cold-related ailments suffered by community members.

Chege further demanded that the expansive forest land be reverted to its earlier intended use of crops research to benefit the community more and improve lives.

“The farm had eucalyptus trees for the last seven years which they have just harvested for wood fuel. We actually need the farm back to the community and cancellations of the lease that KTDA currently holds,” Chege said.

The farm is owned and managed by the Kenya Tea Development Authority (KTDA). It was an agricultural research centre before it was converted and trees planted to facilitate the production of tea at lower rates.

The forest has been at the centre of a clash pitting a section of residents and leaders against the management of KTDA. According to the residents who have also petitioned the Murang’a county assembly to look into the matter, the late Environment Minister John Michuki had educated the public on the need to remove the eucalyptus trees from the water sources.

They said the Mukungai River in Kangema constituency, which had reduced water levels, represents all that is wrong with the exotic trees as their effects on water sources are devastating.

Last week, Chege joined the residents in opposing the planting of new eucalyptus trees after KTDA harvested the old ones. “I am not afraid of the backlash, the interests of my people in Kinyona must be raised,” she said.

Chege gave an example of Kinyona stream that existed in Gituamba area but dried up because of unfriendly trees that draw and consume huge amounts of water.

She also came face to face with KTDA officials as they supervised the land after the first bunch of trees was harvested by KTDA Holding Limited and sold to tea factories in Murang’a and Kiambu counties.