The government plans to stabilize power supply and minimize blackouts.

•Ayieko said the interventions made so far has seen power outages reduced to 50 percent.

•He said enough money has been allocated for the works to be completed on time. 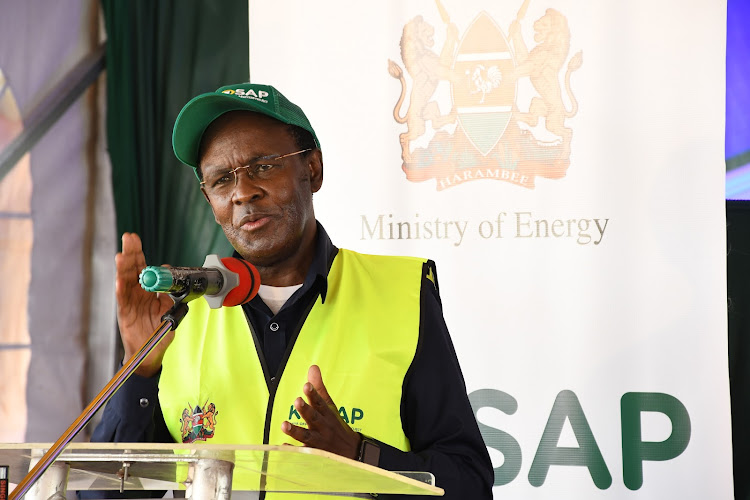 He said the government is determined to stabilize t power supply and minimize blackouts noting that interventions so far put in place has seen power outages drop by 50 percent.

"In the last four months we have had a sharp decline in the blackouts and soon enough they will be brought to nil," he said.

Ayieko said measures are already in place for prompt  rectification of faults, replacement of fallen and decayed poles and enhanced responses to emergencies to ensure constant power supply.

He said Kenya  Power has been sufficiently funded to deal with electricity supply challenges on time.

"Dependable power connectivity is a win-win for both KPLC and consumers hence massive development," he said.

Ayieko said energy remains to be one of the key enablers of Kenya's Vision 2030 and the Big Four Agenda which includes manufacturing as key pillar.

He said Kenya has made tremendous efforts in providing clean, reliable and affordable electricity adding that Kenya currently enjoys 75 per cent electricity connectivity.

He said the target is to achieve 100 per cent connectivity by 2026 with focus being on marginalized counties where connectivity is still low.

The CAS spoke at Dr Babla School in Kwale where he launched a stand-alone Solar Home Systems and clean cooking solutions for households.

He said through the Kenya Off-grid Solar Access Project (KOSAP) the government targets to reach 459, 821 households accounting for  2.4 million people while another 55,671 households will receive electricity through solar power

Ayieko said the promotion of clean energy will reduce the greenhouse gas emissions that contribute to environmental pollution.