Facility expected to become fully fledged in December this year.

•Kenya Export Promotion and Branding Agency (KEPROBA) says Lamu will be instrumental in integrating Africa and anchoring Africa to the world.

•The government has offered tariff cuts and tax reliefs of up to 50 per cent for ships docking at the new port, and other port users. 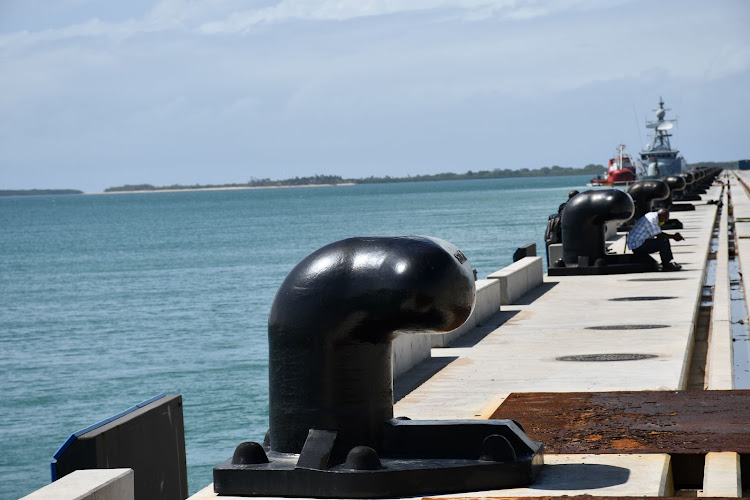 Kenya hopes to ride on the Africa Continental Free Trade Area (AfCFTA) agreement to secure business for the Lamu Port.

It targets to use the gazetted Special Economic Zone (SEZ) near the new port as a value addition centre for agricultural commodities among them tea and coffee, key exports for Kenya.

The government is also targeting export of avocados and livestock with factories for value addition in canned fruits, vegetable and juices expected to be set up at the SEZ.

According to the Kenya Export Promotion and Branding Agency (KEPROBA), the port and SEZ also provide an opportunity for  investors to enjoy manipulation of cargo for re-exportation without paying various duties and taxes.

Other incentives include a 50 per cent discount on  the cost of pilotage, tug services and mooring for vessels using Lamu Port, currently chargeable at an average Sh16,200, Sh32,400 and Sh21,600, respectively, at the Port of Mombasa.

KRA has also reduced taxation while KPA has given up to 30 days free storage period for cargo and motor vehicles.

The promotional tariffs among other incentives are in place until May next year.

Lamu is also being fronted as a transshipment hub which involves movement of goods or containers to an intermediate destination, then to another destination.

Key among the reasons being to change the means of transport during the journey, known as trans-loading.

It mainly involves offloading of cargo from larger vessels, which cannot call at small ports, which are then loaded to feeder vessels for shipment to final destinations.

According to KEPROBA, Lamu will be instrumental in integrating Africa and anchoring Africa to the world.

“This is aligned to the African Continental Free Trade Area vision of a connected Africa,”KEPROBA chief executive Wilfred Marube.

The AfCFTA agreement which became operational in January is billed as a catalyst for intra-African trade, with its successful implementation expected to increase continental business by 33 per cent in the medium term, from the current 16 per cent.

To date, all African states, apart from Eritrea, have signed up to the deal, with majority among them Kenya having ratified the pact.

Within the East African region, only Tanzania, Burundi and South Sudan are yet to ratify the agreement.

The government is also keen to have a new  transport corridor connecting Kenya to Ethiopia and South Susan, a second major route after the Northern Corridor which runs from the Port of Mombasa into Uganda and other landlocked countries.

“The Mombasa port has been serving a certain market. Lamu port has come in to open Kenya to serve another type of market in transshipment business. Therefore Lamu comes to offer us more capacity," said John Ngumi,chairman ICDC.

ICDC coordinates the Kenya Transport and Logistics Network (KTLN), which oversees interconnection of the country’s rail, pipeline, and ports operations.

The government has invested Sh40 billion in constructing the initial three berths of the planned 23-berth Lamu facility.

Its natural depth and proximity to the open sea makes it potential for transshipment as it will attract lager vessels that cannot dock at Mombasa, according to the Shippers Council of East Africa.

Only two vessels have called at the port since its launch last month. Its full operationalisation is expected to commence in December.

Lamu has has the proximity of handling cargo between ports in Tanzania, South Africa, Middle East, Europe and Oman's Port of Salalah.

Berth one is 100 per cent complete, berth two and three will be completed in July and October.
Counties
1 year ago
by MARTIN MWITA Business Writer
Kenya
17 June 2021 - 04:00