Construction to start early next year.

•The pipeline will pass through Lamu, Meru, Isiolo, Garissa, Samburu and Turkana counties. 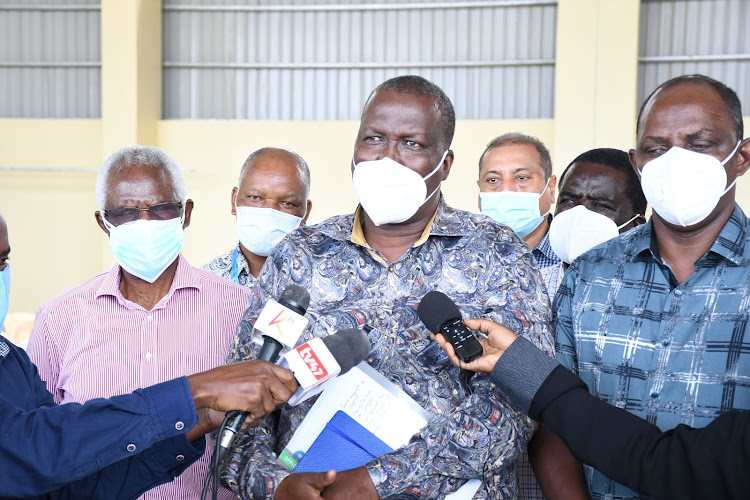 The process of land acquisition for the laying of the 824-km Lokichar-Lamu Oil Pipeline, also known as the Kenya Crude Oil Pipeline, is expected to be completed in December.

Petroleum and Mining CS John Munyes has said through the Lapsset and the National Land Commission, the government is engaging communities in six counties to give up their land.

“That is the condition. Until we get the land and then the private sector comes in and the government puts money to lay the pipeline. We will have to wait,” said the CS.

The pipeline will pass through Lamu, Meru, Isiolo, Garissa, Samburu and Turkana counties.

“We hope to finalise this process by end of this year,” he said.

Munyes spoke after touring the Lamu Port in the company his  National Treasury counterpart Ukur Yatani and other stakeholders.

A dedicated jetty near Bert 3 of the Lamu port will be constructed for the reception of crude oil.

The berth is 70 per cent complete.

The pipeline is a key component of the Sh2.5 trillion Lamu Port-South Sudan-Ethiopia-Transport (Lapsset) Corridor project whose construction is underway in Kililana, Lamu West.

Tullow Oil discovered about a billion barrels of crude oil in blocks 10BB and 13T in South Lokichar basin, Turkana County in 2012.

Exploration has since been ongoing with a pilot scheme sending out 200,000 barrels to the export markets in August 2019, at a price of $12 million (Sh1.27 billion).

Tullow Oil estimates that Kenya’s Turkana fields hold 560 million barrels of oil and expects them to produce up to 100,000 barrels per day from 2022.

With another possible discovery of more oil offshore in Kwale county, the need for a well-developed and interconnect infrastructure is more pronounced.

CS Munyes said Kenya needs a minimum investment of Sh500 billion to develop an oil infrastructure that will enable the country to commercialize its oil.

To effectively commercialize the oil, Kenya will need a central processing facility, a pipeline, the Lamu Port, refineries, among others.

“Cabinet has approved to allow the Petroleum ministry to engage governments and private sector for us to get over Sh500 billion shillings required to develop an infrastructure that will enable the crude that we have discovered in Kenya to be commercialised,” said Munyes.

Meanwhile, Munyes said the deal recently signed between Kenya and Tanzania for the transportation of gas from Dar es Salaam to Mombasa will be a game-changer.

Tanzanian President Samia Suluhu made her first official visit to Kenya last Tuesday on Kenya’s President Uhuru’s invitation, during which the deal was announced.

“We will transport gas between the coastal towns of Mombasa in Kenya and Dar es Salaam in Tanzania,” Suluhu said.

The project will cost Sh121 billion and will cover 600km.

On Thursday, Munyes said: “We have started the process of acquiring natural gas from Tanzania. The plan is to lay a pipeline from Dar es Salaam to Mombasa and then later laying another pipeline all they to Nairobi.”

Works on the pipeline are expected to begin early next year.

“By the end of this year, we should have completed that (design works),” Munyes said, “Next year we now turn to construction.”

“This will be a game-changer. It is going to lower our gas prices and help us acquire cheaper and environmentally friendlier energy,” the CS said.

Lamu Port to receive first marine cargo vessel on May 20

KPA has already deployed 70 staff to the port, with an additional 100 to be recruited locally from Lamu.
News
1 month ago 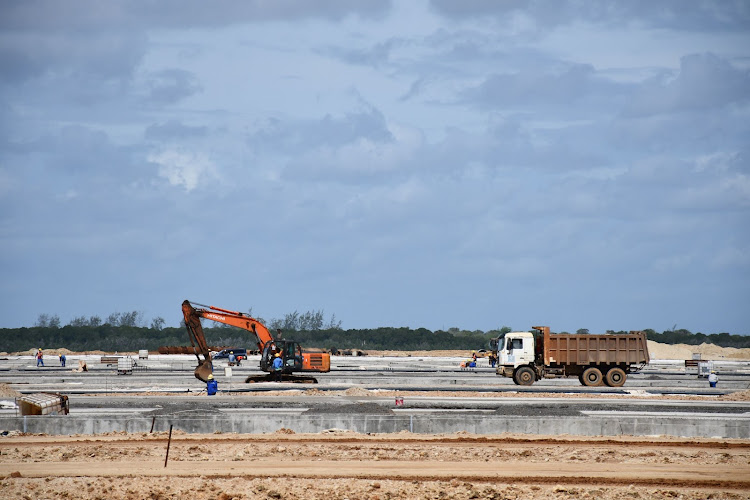