The Hammers were controversially denied a 90th-minute equaliser at Chelsea on Saturday after VAR intervened.

• “It was a madness, that’s what I am going to call it. An actual madness,” said Antonio. 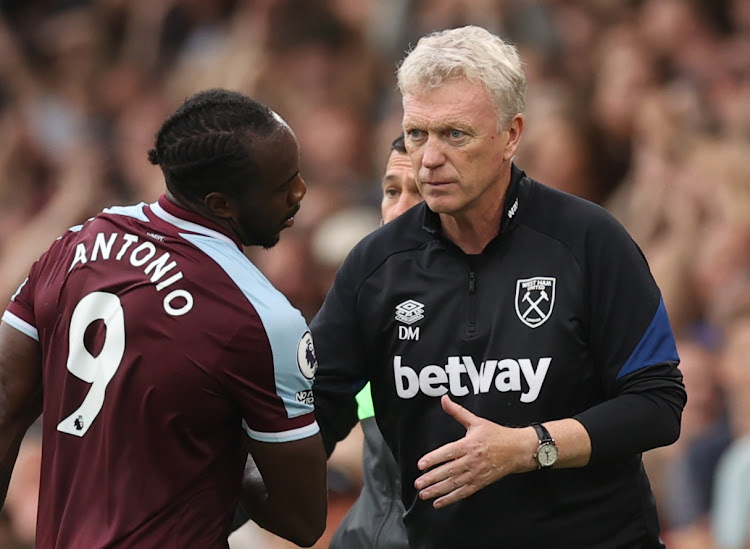 The Hammers were controversially denied a 90th-minute equaliser at Chelsea on Saturday after VAR intervened.

“It was a madness, that’s what I am going to call it. An actual madness,” said Antonio.

Speaking on the latest episode of the Footballer’s Football Podcast on BBC Sounds, he added: “I have said this many times. It needs to be binned.”

The PGMOL said it will fully co-operate with a Premier League review of last weekend’s incidents.

The system is in its fourth full Premier League season after it was introduced in 2019. The Premier League claimed the percentage of correct “key match decisions” rose from 82 per cent without it to 94 per cent in that first season.

The purpose is for the VAR to flag “clear and obvious errors” or “serious missed incidents” to advise the on-field referee.

It is only used for goals, penalty decisions, straight red cards or mistaken identity - and there is a “high bar” for intervention “to maintain the pace and intensity of matches”.

Maxwell Cornet thought he levelled at 2-2 for West Ham at Stamford Bridge but, after being told to look at the monitor by VAR, referee Andrew Madley decided there was a foul on keeper Edouard Mendy by Jarrod Bowen and reversed his decision to award a goal.

“As a player we all knew it [the incident] was nothing,” said Antonio. “It is all about opinions — about the referee’s opinion, about the fourth official’s opinion and about the opinion of whoever is watching,” added Antonio.

“If the referee makes a decision, then there is another person who goes ‘that might not be the right decision’. He goes to the referee ‘you might have to have another look at that’.

“He is putting doubt in the referee’s mind when he is already sure about the decision he has made. He goes over and watches [on the monitor] but because someone has already said to him you might have got that wrong — it has clouded his mind already.

“The person who is meant to make a decision, who is quite sure of his decision, believes his decision is right, has now got that doubt and feels he needs to change — or if he doesn’t change [wonders] if he is going to get into trouble because another referee has told him to change. It is taking the passion away from football because you don’t know if you have scored or not - it is pointless.

“You are spending all this money on VAR for things to still go wrong.”

At Newcastle, Crystal Palace defender Tyrick Mitchell turned the ball into his own net only for referee Michael Salisbury to eventually rule the goal out for a foul by Joe Willock on goalkeeper Vicente Guaita, following VAR intervention.

Newcastle felt midfielder Willock was himself pushed by Mitchell into Guaita. The game ended 0-0 and Magpies striker Callum Wilson told the Footballer’s Football Podcast: “VAR had a bad weekend. Ultimately, it’s making the game a little bit messier than it needs to be."

"Technology for things that they are getting wrong like offsides, bring VAR in — it’s good for that. But, when you are denying a goal for a little tug or the ball hits your arm and then all of a sudden it flies in, it’s crazy.

“We should only be using VAR for decisions that are blatant and obvious. It’s no good apologising on the Monday because you’ve got the decision wrong on the Saturday. That’s cost us two points. Come the end of the season, two points could be the difference between a team staying up and going down.”

He added: “It’s not going to go away. I can’t see them getting rid of it at all so we’ve just got to learn to live with it but use it properly.”

David Moyes’ side hit back from a goal behind at London Stadium to claim a point against Spurs, who maintain their unbeaten start to the campaign.
Sports
1 month ago

Spurs defender Romero grabbed Chelsea wing-back Cucurella near the end of Sunday’s 2-2 draw at Stamford Bridge.
Sports
1 month ago
Post a comment
WATCH: The latest videos from the Star
by BBC
Football
09 September 2022 - 00:00
Read The E-Paper