Chepngetich claims the largest first-place prize money in the world of marathon running: US$250,000.

•The world marathon champion ran a negative split—covering the first half in 1:09:03 and the second in 1:08:15 —to triumph ahead of Israel’s Lonah Chemtai Salpeter 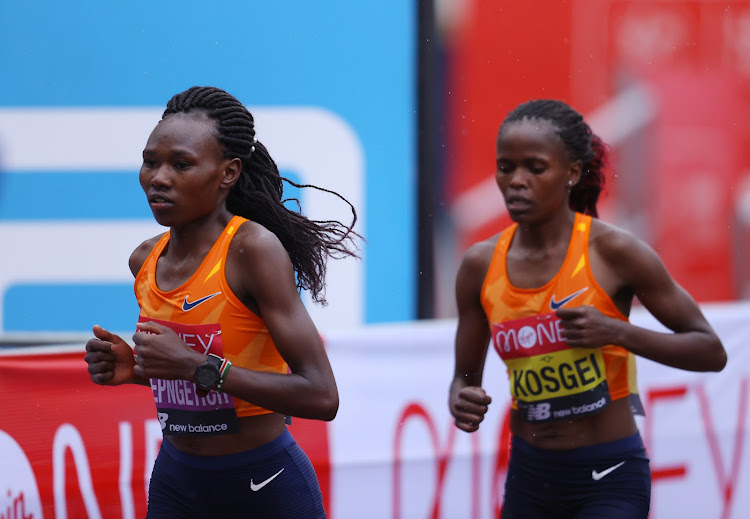 The world marathon champion ran a negative split—covering the first half in 1:09:03 and the second in 1:08:15 —to triumph ahead of Israel’s Lonah Chemtai Salpeter and claim the largest first-place prize money in the world of marathon running: US$250,000.

Chepngetich had been targeting her own PB of 2:17:08, run in a mixed-race in Dubai in 2019, and achieving that would have taken her very close to her compatriot Mary Keitany’s women-only marathon world record of 2:17:01 set in London in 2017. When she ran solo halfway in 1:09:03 and passed 30km in 1:38:14, it looked like that target might be out of reach. Salpeter had also caught her by that point, but that only spurred Chepngetich on.

Glancing over her shoulder, she could see no threat but continued to push hard to the finish line, crossing it just 10 seconds outside her PB, in 2:17:18, to win by almost a minute and a half. A

s well as being the second-quickest women-only marathon in history behind Keitany’s record, it is also the second-fastest ever women’s marathon on Japanese soil.

The 2020 Tokyo Marathon winner Salpeter secured second place in 2:18:45, exactly a minute off her national record run in Japan’s capital city, to record— like Chepngetich—the second-fastest marathon time of her career. Japan’s Yuka Ando was third in 2:22:22 and her compatriots Ai Hosoda and Yuka Suzuki were next to finish, running 2:24:26 and a debut 2:25:02 respectively to finish fourth and fifth.

“Fantastic!” Chepngetich later wrote on social media. “Winner at Nagoya Marathon with a new course record 2:17:18, close to my PB and second ever for an only-women race. Thanks to everyone who helped to make it!”

Running with the pacemakers, Chepngetich had formed part of the lead group that passed 5km in 16:34, joined by Ando, Salpeter, and Hosoda. Keen to pick things up, Chepngetich moved ahead a short while later and was running alone through 10km, which she passed in 32:43, 25 seconds ahead of the chasing trio. She had increased that advantage to 45 seconds by 15km.

Chepngetich wasn’t done, though, and pushed up the incline to move away from her rival. Running 16:03 between 30km and 35km, the Kenyan had regained a nine-second advantage by 35km and only continued to pull away. She was 55 seconds ahead at 40km and increased that to 1:27 by the finish.