When teachers expect more from a students, they reciprocate by expecting more from themselves

• Managers and educators who believe in Golem Effect know that given the opportunity, people they are to help will bring out trouble and destruction. 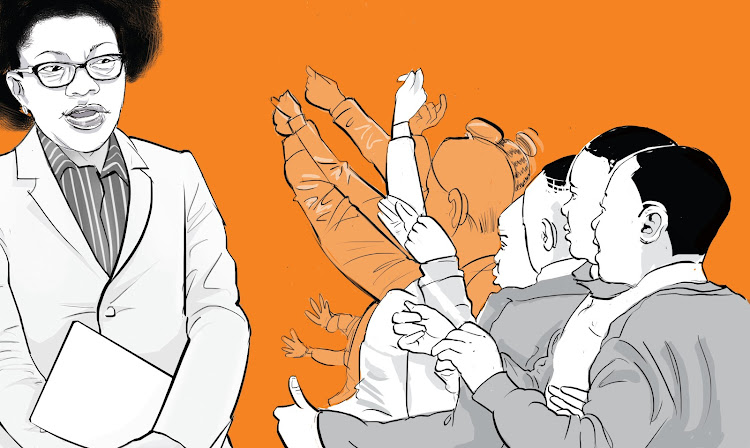 In a certain insightful article that once featured in the Reader’s Digest —Harvard psychologist Robert Rosenthal wondered whether some children perform poorly in school because their teachers expect them to do so.

If so, Rosenthal surmised, then raising the teacher’s expectations should raise the children’s performance. This polymath was ready to try his theory in actual classrooms. In actual sense, he issued a test on learning ability to learners in a particular school.

Sometime later, after the tests were graded, the teachers were casually given the monikers of five or six learners in each new class who were designated as ‘spurters’ — possessing exceptional learning abilities.

The teachers were not aware that the picking of names happened a head of the test on a completely random basis. The difference between the few learners chosen and the other children existed only in the mortal minds of teachers.

The same tests taken at the end of the school years revealed the ‘spurters’ had actually soared far ahead of the other children. Teachers described them as happy learners. They were also more curious, more affectionate, and had better chances of attaining peak performance.

Somehow, the school worked only on one core component of learning — attitude, which is equal to mindset plus beliefs. Done on a positive note, when teachers expected more from a section of students, they reciprocated by expecting more from themselves.

Robert Rosenthal later concluded that the explanation was on the subtle interaction between the teachers and learners, which encompassed tone of voice, facial expressions, touch and posture. All these components, amalgamated to explain the expectations teachers had on learners. The perception of learners changed, and they thought of touching the acme of academic excellence.

This forms the provenance of Rosenthal Effect. It is associated with Robert Rosenthal. In other credible sources of knowledge, Pygmalion Effect applies instead of it. Its opposite is Golem Effect.

Pygmalion Effect is a psychological phenomenon in which high expectations lead to improved performance in a given area. The effect is associated with the Greek myth of Pygmalion — the sculptor who fell so much in love with the perfectly beautiful statue he created. The admiration he had for the statue made it to come to life.

Now, based on this frame of logic, you know why some schools stand out. For the schools we celebrate as veritable academic giants, teachers expect a lot from learners. Again, teachers know how to communicate it. Such that learners do not perceive it as a punishment meted on them.

On the other hand, we also pointed out that the opposite of Rosenthal or Pygmalion Effect is Golem Effect. The latter effect describes the process where superiors — such as Principals and teachers anticipate low performance from their subordinates — such as staff and students. This, of course, causes poor performance. In Hasidic Mythology, the Golem was a creature built from clay and made of mud. It was to serve its master. This was a very serious joke.

Managers and educators who believe in Golem Effect know that given the opportunity, people they are to help will bring out trouble and destruction. Somehow, their low expectation on people eventually come true.

The writer is an editor, orator and author. [email protected]

It is cheeky to claim reintroduction of setbooks to a new crop of students is recycling the book!
Opinion
1 month ago

The use of Ngaturkan will be fully compliant with the national language policy on teaching at that level of education.
Counties
1 month ago