OPPORTUNITY FOR WOMEN AND GIRLS

• A survey conducted in Kenya by International Women Health Coalition found that whenever GGR is reinstated, it threatens progress towards integrated health systems.

• To accelerate the progress towards equality, it’s urgent and important that all global stakeholders continue resisting the rescinded harmful policy and permanently ending it. 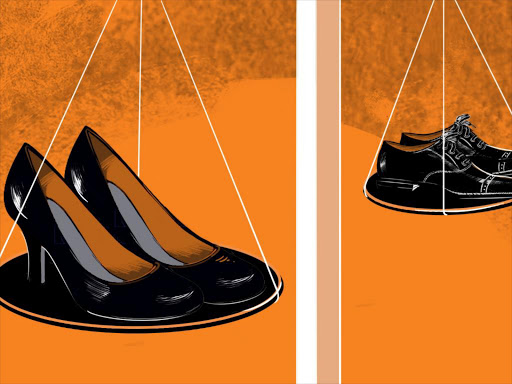 The online Generation Equality Forum Ended on July 2 in Paris.

This major global convention brought governments, corporations, and change-makers around the world together to define and announce ambitious investments and policies while revoking retrogressive policies and laws.

It was a permanent acceleration of equality, leadership, and opportunity for women and girls worldwide in all spheres including health.

The United Nations Secretary-General Antonio Guterres in his opening remarks urged governments, companies, and individuals to join in a global initiative, with proven results, to end fear and the insecurity that threatens the health, rights, dignity, and lives of so many women and girls.

The UN Secretary-General expressed his concern about the restrictions, declaring that ‘regressive laws’ jeopardize the movement towards gender equality.

Earlier this year, US President Joe Biden revoked the Global Gag Rule, which had been reinstated by his predecessor Donald Trump.

The policy, which stands a chance of being reinstated if not permanently revoked by the current US Congress, states that any foreign non-governmental organisation that takes US global health funds must certify that they do not engage in abortion-related activities, including information, services, counselling, or referrals.

It applies to what organisations do with their own, non-US government funds, and forces health care providers to choose between providing a comprehensive spectrum of reproductive health care and taking the US funding.

According to the World Health Organization, unsafe abortions remain a leading cause of maternal death across the world.

A survey conducted in Kenya by International Women Health Coalition found that whenever GGR is reinstated it threatens progress towards integrated health systems often made with substantial US investments.

During the hybrid global forum leaders and commitment makers, including President Uhuru Kenyatta made powerful commitments and investments which marked the beginning of a journey to foster action and renew movements for gender equality and women’s rights, however, the realisation of these commitments may narrow in the future if GGR gets reinstated.

To accelerate the progress towards equality, it’s urgent and important that all global stakeholders continue resisting the rescinded harmful policy and permanently ending it.

US-based non-governmental organisations should continue to build support among members of the US Congress to completely revoke the policy, both donor governments, and governments in countries that receive US global health assistance including Kenya should actively advocate with the US government to enact the Global Her Act that is before the US Congress house and bar any future reinstatement of GGR