Wacky ways of coping with hard times in the new year

“The only good thing with the current hard times is that we are being forced to audit our hidden skills."

•To cope with the rising cost of power, I banned the use of hot water showers, microwave ovens and hair driers in my house with immediate effect.

•To curb this, Gachoroge declared he would prohibit food democracy in his house. 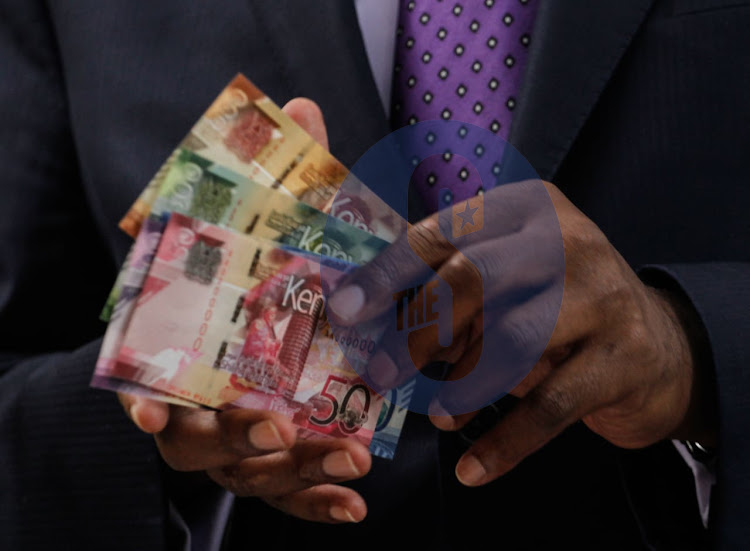 Unlike Kenya’s finance ministers, I make my annual budget estimates in January. While the government’s financial year starts in July, mine starts on the calendar date of January 1.

So, after the new year celebrations, I disappeared from my usual pubs to prepare my domestic budget. For Legends like me who have been around for some time, this process is straightforward and does not involve any magic.

The highlights of my budget are that provision of pay TV and home Wifi are suspended until I secure more competitive providers.

In the meantime, all family members will migrate to one mobile phone service provider so that they can enjoy all intranet deals. More importantly, they can share internet bundles.

To cope with the rising cost of power, I banned the use of hot water showers, microwave ovens and hair driers in my house with immediate effect.

I made a note to talk with my family and tell them that these measures are not punitive but meant to mitigate the effects of the rising cost of living.

I would appeal to them to tighten their belts and make this plan succeed.

My budget would effectively mobilise available resources to critical areas of ensuring that everybody gets food every day and affordable healthcare in a difficult investment environment.

Therefore, when I popped into my usual beer garden in Uthiru, my buddies were eager to hear my annual budget statement.

The Big Four of Gachoroge, Rasta, cobra and Mandevu were ready to take budgeting tips from me.

Gachoroge spoke on their behalf: “Kiongozi, let us hear what new discovery you have included in your budget this year so that we can pick insights and align our domestic financial estimates,” he said.

For the sake of some newcomers at the beer garden, I introduced myself as the Kenyan Legend who only fears God, hot porridge and the American High Mobility Artillery Rocket System (HIMARS) that is giving Russians a run for their money in their war with Ukraine.

With a range of 499 km, a single rocket can be fired off the Kenyan coast in Mombasa, come all the way to Uthiru and flatten my house without disturbing the neighbourhood.

I told everybody that I was one of the most learned men around. “I have read Grace Ogot’s Land without Thunder, Ngugi wa Thiong’o’s The River Between and Mario Puzo’s The Godfather. Currently, I am listening to Gabriel Omollo’s hit song: Lunchtime.”

Due to the prevailing hard times in the country, everybody bought their own liquor.

I made a punch of two spirits, one beer, wine and a slice of lemon and took the first glass while standing.

The cocktail gave me a strong kick like that of a donkey. It made me close my eyes as it burnt its way down to my intestines. However, my two underlying conditions of tonsillitis and laryngitis were thoroughly suppressed and my ears popped open.

I began my day’s speech by giving highlights of my domestic budget. I could see the Big Four and other revellers following keenly as I talked.

I cautioned my listeners against disclosing everything in their budgets.

“Always leave some non-budgeted funds for your own Mzee needs,” I advised. “A wise man needs some secret funds for leisure activities that include but are not limited to suppressing tonsillitis and laryngitis.”

While Gachoroge agreed with my budget, he, however, thought I was too soft with my family. I had not stamped my foot down hard enough on wastage. “The real costs accrue when you give people food democracy!”

He expounded that if everybody in a typical family wakes up at different times and prepares their own eggs, pancakes, tea or coffee, there is a lot of wastage of cooking oil and gas.

To curb this, Gachoroge declared he would prohibit food democracy in his house.

“Everybody will have to conform to uniform meals for breakfast, lunch and supper that can be prepared in bulk and preserved in thermos flasks and hot pots to circumvent any warming later,” he proclaimed.

Rasta confessed some unorthodox austerity measures that he was practicing in his eldest wife’s house.

“To discourage them from preparing unscheduled chapatis and pancakes, I place a handprint ‘seal’ on the wheat flour with the palm of my hand,” he said.

So, before any chapatis or pancakes are made, he cross-checks the “seal” on the wheat flour with his palm ensure no one has used the flour illegally.

Rasta was not yet done with his confessions. He produced a piece of paper from his pocket and read out some numbers to us.

“Before I leave the house, I dip a ruler in the containers of essential commodities and note the inches of the stuff remaining,” he said.

“Today sugar is 4 inches; milk 3 inches, rice 7 inches!” Rasta admitted that the only problem he had was tracking the use of cooking oil because he could not dip a ruler in it.

We all burst into laughter and praised Rasta for making our year! In the din of the laughter, Mandevu shouted an amendment to Rasta’s, apparent, foolproof ways of curbing domestic extravagance.

“Don’t worry brother,” he said. “I can take you to a shop where they sell solid cooking fat which you can cut into cubes for preparing the day’s meals.”

On a positive note, Rasta had some concessions for his family on foods that he wouldn’t mind if they were made at any time in his house. “Quick fix meals such as noodles, porridge, steamed vegetables and all manners of root crops are encouraged,” he said.

In the commercial break that followed Rasta's confessions, I made my trade mark call: Coro Maii (the side-blown horn needs to be sprinkled with water to continue producing sound).

A newly married chap rose to the occasion and replenished my liquor. I made another dangerous punch by mixing tots of three different spirits, two brands of lager and a glass of wine.

This time, I belched and hiccupped as the strong and fiery stuff hit my belly. I staggered a little and a thin sweat broke on my face.

When I regained my composure, I gave my parting shots to the day’s sitting.

“The only good thing with the current hard times is that we are being forced to audit our hidden skills and turn them into entrepreneurship,” I said. “And as you cast your net wider for extra streams of income, factor in steps of your longer financial journeys. No matter how small these steps may be, just get moving,” I said.

Post a comment
WATCH: The latest videos from the Star
by KENYAN LEGEND
Opinion
08 January 2023 - 09:59
Read The E-Paper