According to the UN, 13 million people living in Ukrainian territory are in need of vital humanitarian aid

• According to UN Office for Coordination of Humanitarian Affairs, more than seven million people are internally displaced 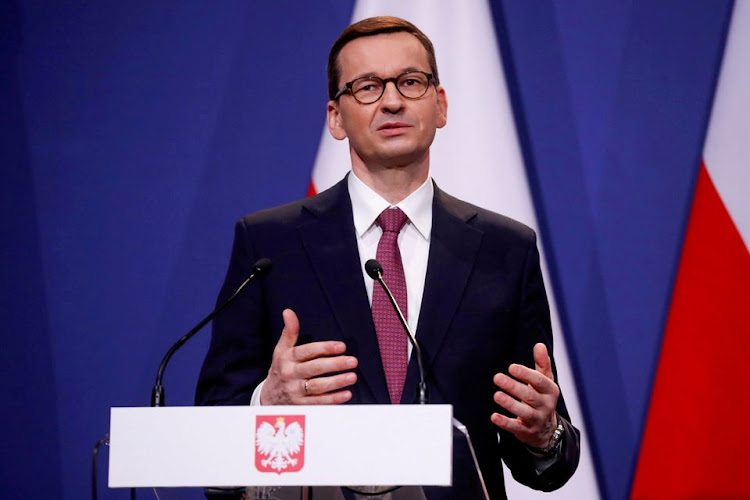 Poland will on May 5 host an international donors’ conference in Warsaw to provide humanitarian support for Ukraine.

The Embassy of Poland in Nairobi said in a statement the event is being spearheaded by Poland Prime Minister Mateusz Morawiecki and his Swedish counterpart Magdalena Andersson.

This will be in partnership with European Council President Charles Michel and Ursula von der Leyen, the President of the European Commission.

“The meeting will be convened at the Heads of State and Government level, with the participation of global business and financial institutions’ representatives. The conference will initiate a series of aid events for war-ravaged Ukraine in the upcoming months,” the embassy said.

The conference aims to raise funds for Ukraine’s growing humanitarian needs. According to the UN Office for Coordination of Humanitarian Affairs, more than seven million people are internally displaced and over four million have fled Ukraine for neighbouring countries. The numbers are rising every day, OCHA says.

According to the UN, 13 million people living in Ukrainian territory are in need of vital humanitarian aid, including shelter, food and medical supplies. It is therefore essential to mobilise immediate international aid for Ukraine, which currently covers less than 15 per cent of that which is needed

Poland and Sweden are thus also seeking to encourage their partners to jointly respond to the humanitarian situation.

“As a result of Russian aggression, there are civilian casualties, organised forced deportations, and the financial situation of millions of people is constantly deteriorating. Today, real solidarity is needed to effectively support Ukrainian society,” Poland embassy said.

The United Nations also estimates 13 million more Ukrainians are in the hardest hit areas, many unable to move and difficult to safely reach with aid.

“The sheer scale and speed of displacement are immense, with women, children, and the aged having left behind their homes, lives, sons, fathers and husbands, forced to make impossible, heart-breaking decisions,” OCHA says in its April 19 briefing.

Antonio Vitorino, Director-General of the International Organization for Migration said more than one quarter of Ukraine’s total population has been forced to leave their homes in little more than seven weeks.

Ambassador Kimani said Russia must end the war and return to its critical responsibility of protecting international peace and security.

U.S. to give Ukraine another $500 mln to keep government running -Treasury

Moscow launched the attacks following the sinking of its Black Sea fleet's flagship.
News
7 months ago

Says Tigray province in Ethiopia, Yemen, Afghanistan or Syria are not receiving the same attention.
News
7 months ago
Post a comment
WATCH: The latest news from around the World
by ELIUD KIBII Subeditor and writer
World
24 April 2022 - 21:00
Read The E-Paper