The odds and rankings are based on historical and recent team performances.

• To achieve a more well-rounded picture of who will win the 2022 World Cup, the prediction model estimates the probability of each match outcome - win, draw or loss - by using betting market odds and Stats Perform's team rankings. 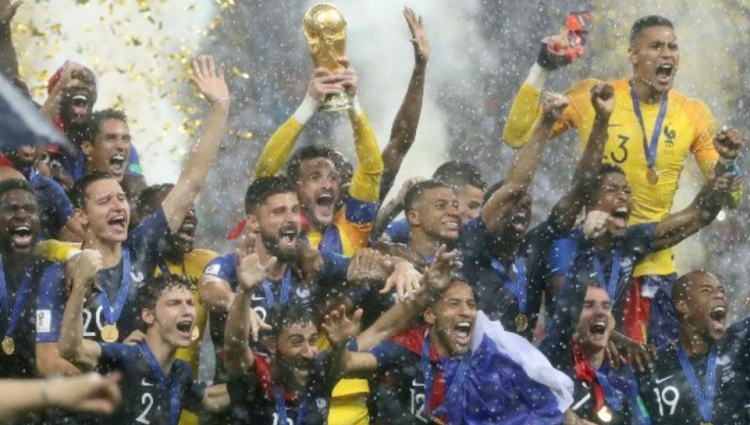 Brazil haven't won the World Cup since 2002 but there is a strong chance Qatar 2022 could be their year.

Using Stats Perform's artificial intelligence World Cup prediction model, the South Americans have emerged as the favourites to lift the trophy for a record extending sixth time. But how well are England and Wales going to perform?

To achieve a more well-rounded picture of who will win the 2022 World Cup, the prediction model estimates the probability of each match outcome - win, draw or loss - by using betting market odds and Stats Perform's team rankings.

The odds and rankings are based on historical and recent team performances. The model then considers opponent strength and the difficulty of their path to the final by using match outcome probabilities, taking into account the composition of the groups and seedings into the knockout stages. 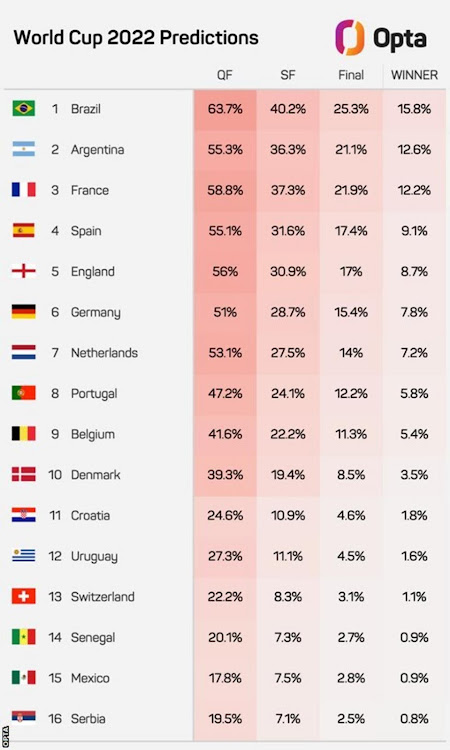 Just behind five-time winners Brazil, it is Argentina who have the second-highest probability of winning this year's World Cup. Lionel Scaloni's side, who are the favourites in Group C, have a 13% chance of going on to scoop the trophy this year.

Croatia, who were beaten finalists in 2018, look unlikely to repeat that performance. Zlatko Dalic's side have just a 4% chance of making it back to the final this year, with 11 other teams in the tournament holding a higher probability of doing so.

he United Kingdom will be represented by two teams for the first time since the 1998 World Cup, with England and Wales drawn together in Group B.

According to the model, England have a 60% chance of topping the group and the fifth-best chance of winning the tournament overall (9%). Gareth Southgate's side are highly fancied to at least make the quarter-finals. Their probability of reaching the last eight is 56% - the third-highest percentage chance of any country at the World Cup.

The prospect of both British teams making the knockout stages is one to watch. Wales' showdown with the United States looks to be key to their chances of making it out of Group B. They have been given a 41% chance of progressing to the last 16, with the USA at a slightly higher 45%.

Hosts Qatar will face Ecuador, Senegal and Netherlands in Group A.
Sports
2 months ago

The group is made up of England, Iran, USA and Wales.
Sports
2 months ago

A desert World Cup blighted by a dust-storm of controversy

It says a great deal that Qatar 2022 is considered by many to be the most controversial sports event in a very long time.
Sports
2 months ago
Post a comment
WATCH: The latest videos from the Star
by BBC NEWS None
News
16 November 2022 - 15:46
Read The E-Paper