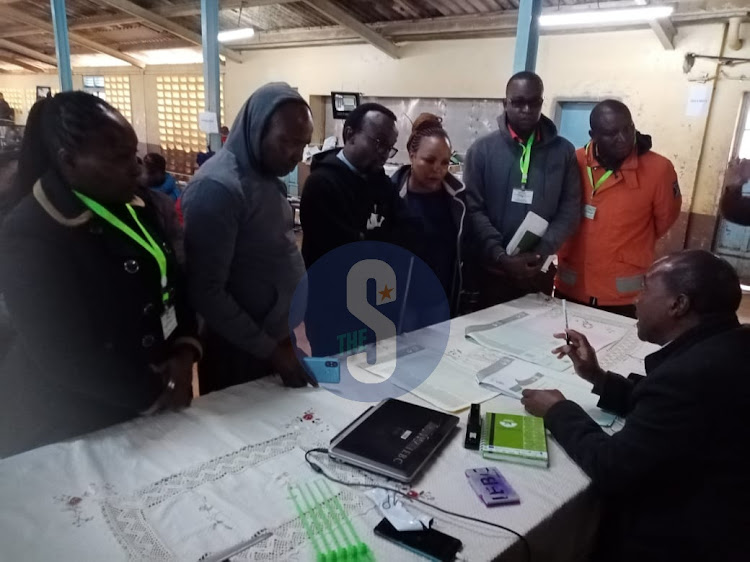 Ngirici demanded for a re-tally of the votes in the gubernatorial results after alleging rigging attempts. However Governor Anne Waiguru 's agents insisted that the verification and declaration should commence.

The outgoing woman rep was accompanied by her husband Andrew Ngirici and lawyer Ndegwa Njiru.

Returning officer Geoffrey Gitobu had a rough time controlling the two enraged camps as he called for more time to consult from the county returning officer.

The gubernatorial results are yet to be declared as the verification exercise is still ongoing at constituency level.

Police officers were Wednesday forced to lob tear gas canisters at a rowdy group of supporters allied to Ngirici.

This is after the supporters attempted to force their way into Kianyaga High School, which is serving as the Gichugu constituency tallying centre.

Constituency returning officer Gitobu said trouble began when one of the presiding officers attempted to jump the long queue made by the officers as they were returning the poll results to the tallying centre.

It was at that point that the she sought another entrance in the centre, while carrying her election materials so that she could be served quickly.

Her impatience is said to have eventually led to a clash between agents of Governor Ann Waiguru and those of Ngirici.