ICC prosecutor says one of the witnesses was promised Sh5 million and told to keep the cash under her mattress. 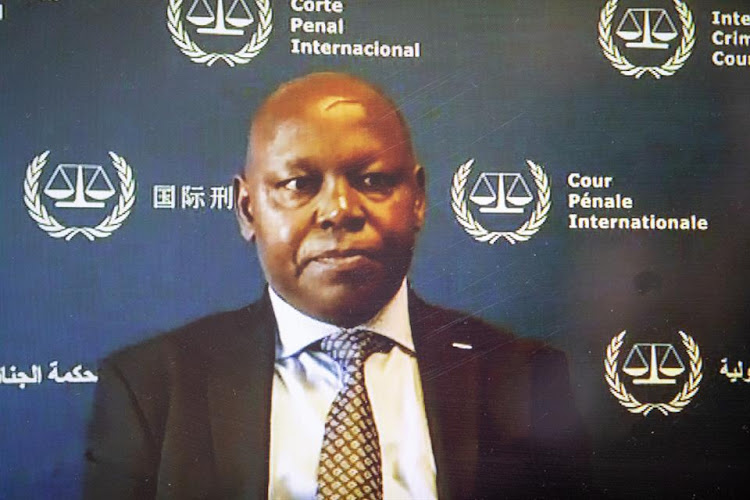 Paul Gicheru, the lawyer facing charges of coaxing prosecution witnesses to stop cooperating with the International Criminal Court, offered to give huge sums of money in bribes but did not deliver, a dossier by the prosecution shows.

The prosecutor details instances in which Gicheru offered hefty sums of money to eight witnesses to stop cooperating with the court.

In all the instances, the deputy prosecutor alleges, Gicheru’s promises were tailored to lure the witnesses, but he did not keep the promises.

The prosecution says Gicheru led a team that identified and targeted those who were set to testify against Deputy President William Ruto. The common plan, it says, was driven by a three-tier team at the top of which sat managers Gicheru and Silas Simatwo.

The second tier had intermediaries which are alleged to be Meshack Yebei (deceased), Philip Bett and Walter Barasa. Many associates falling in this category also took part, the document shows.

Simatwo is described as the head of the board of AMACO insurance at the time which was associated with Ruto. The third tier comprised prosecution witnesses who were being hunted and lured with bribes.

The team decided which Prosecution Witnesses should be targeted.
News
1 week ago

A witness who accepted an offer would be used to target another witness in a ring that eventually led to the collapse of the Ruto and Sang case.

The sum was negotiated down to Sh5 million and both parties agreed payments in instalments. On April 27, 2013, the witness received Sh600,000 from Gicheru and was warned, by Gicheru, not to bank the money because the transaction could be monitored.

The witness ignored the advice and banked Sh500,000 out of fear he could be robbed and retained Sh100,000 in cash.

Gicheru would later handover Sh400,000 in cash on April 30 which he banked. He was promised a further reward if he helped locate witness P0516.

He told the investigators the lawyer never paid the Sh4 million balance.

Witness P0516 was offered Sh800,000 "to withdraw as a Prosecution Witness in the Ruto and Sang case and to sign an affidavit withdrawing his prior statement to the Prosecution."

"Gicheru met with P-0516 approximately four times in the following weeks and paid him a total of at least Sh500,000," the document says.

The witness told investigators that "he and P-0397 could not refuse the offer to receive money from Gicheru because otherwise these people might come after us”.

The third witness is P0613 who was promised Sh5 million and told to keep the cash under her mattress. She however refused to cooperate with Gicheru's team.

Witness P0800 was promised Sh1.5 million and Sh2.5 million, but it was not clear the sum he would eventually get because document shows attempts to get in touch with Gicheru on phone did not succeed.