• DPP Noordin Haji said he believes that separation of prosecution and investigation powers provides checks and balances in the system and enables accountability of decision making.

• Atandi argued that ODPP has lost many cases due to the lack of competent prosecutors in certain technical areas. 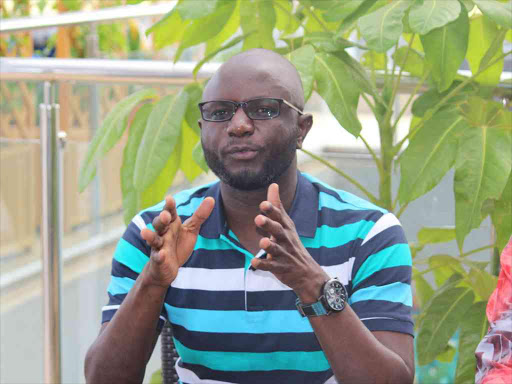 Alego Usonga MP Samuel Atandi has dropped his bid to strip the Office of the Director of Public Prosecution of powers to appoint public prosecutors.

Atandi wrote to the Speaker of the National Assembly to announce the withdrawal of the bid through a bill.

“Reference is made to my letter dated 29 September 2021 to your office on a proposal to amend the ODPP Act 2013. I hereby write to withdraw the proposed legislation to allow further consultations,” he said in a letter dated October 7.

Director of Public Prosecution Noordin Haji said he believes that separation of prosecution and investigation powers provides checks and balances in the system and enables accountability of decision making.

“It is for this reason, the ODPP has never sought to be equipped with investigative powers,” he said.

He added any attempt to amend laws to take away the independence of the prosecutorial framework should be vehemently opposed for its unconstitutionality.

“As ODPP we will continue to work with all actors in the criminal justice system, to collaborate and cooperate on our different mandates,” he said.

The draft legislative proposal wanted powers to appoint public prosecutors to be vested in the Directorate of Criminal Investigations (DCI).

Atandi argued that ODPP has lost many cases due to the lack of competent prosecutors in certain technical areas.

“For instance, officers at the DCI are trained in cybercrime, forensics, ballistics, scenes of crime analysis, scene of crime reconstruction, homicide, land fraud etc which have been a challenge for some of the ODPP prosecutors when handling matters from the DCI,” states the proposal.

“These DCI investigators have been trained locally and internationally in their fields of specialisation. Moreover, the DCI has a number of advocates of the High Court who are also trained in investigations,” it adds.

The draft says in the interest of justice, Parliament ought to stamp its authority and demand that all the laws that it has passed giving prosecutorial powers and which have been quashed by one act should be amended to revert the powers back to the various entities.

It states that the ODPP Act, 2013 gave all the prosecutorial powers to one body, which has been unable to provide the much-needed service.