MUST BE HELD ON SCHEDULE

The clerics have instructed priests to bar politicians from addressing worshippers. 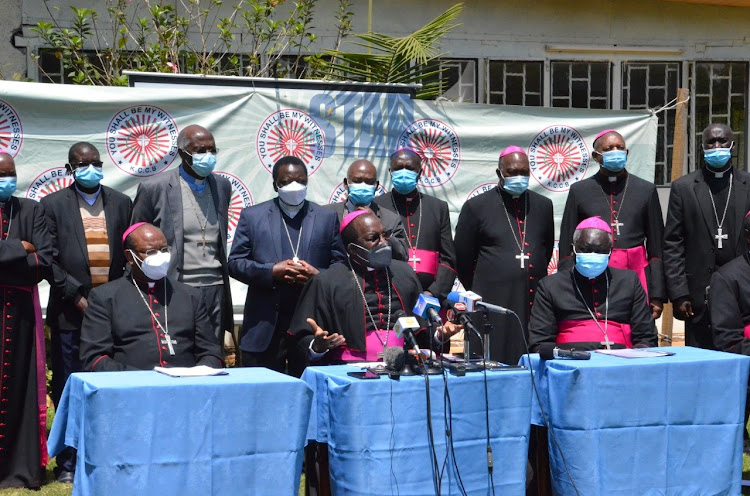 The Catholic Church has called on the IEBC to confirm the date of next year’s general election, rejecting any attempts to alter it.

The church said the persisting speculation about the possibility of postponing the polls was “sending confusing signals and creating needless apprehension among the people and the political class”.

There have been reports of efforts to delay the 2022 election to 2023, with former nominated senator Paul Njoroge said to have filed a petition in court to that effect. He argues that President Uhuru Kenyatta was substantively sworn into office in November 2017 after the repeat October 26, 2017 election.

But the Kenya Conference of Catholic Bishops said the date of August 9, 2022, must not be moved and that the “general election must proceed on schedule.”

“Postponing the election will only heighten political tension, anxiety and unrest. The government and the IEBC should come out authoritatively and confirm the date for the next general elections and ensure that all constitutional requirements for holding the elections are put in place,” KCCB chairman Martin Kivuva said.

Noting that there was still a huge public trust deficit on IEBC, the bishops called on the agency to put in place the necessary systems to ensure free and fair polls now that it is fully constituted.

The bishops called for transparency in the processes and asked the agency to immediately kick off the process of "hiring a new CEO ...to ensure no room is left for doubting [its] competency and integrity."

The conference also called for election law reforms in the next three months in line with the Supreme Court judgment that indicted its conduct of the August 2017 election. Any reform requiring a constitutional amendment, it said, should only be entertained after the 2022 election.

The bishops also asserted the ban on politicians giving speeches in their places of worship, declaring that no matter the stature, “any politician who attends mass must do so like any other worshiper and no special considerations [accorded to them].”

They said parish priests had been firmly instructed to ensure that the places of worship remained sacred and that the church is held above politics.

“...we as clergy, and especially the priests, are to ensure that places of worship are not used by leaders to further their political agenda,” they said.

The stand of the bishops comes days after the head of Anglican Church, Jackson ole Sapit, banned politicians from addressing congregants in any of its churches.

Further, the clerics expressed concern in what they termed as "open disagreement" between President Kenyatta and his deputy Ruto, fearing that their supporters would take the signals to build animosity and tension.

They said the bitter fallout between the two was already creating "anxiety among the people and has the potential to ignite political violence if not addressed with immediate effect".

The prelates called on the government to strictly enforce the Covid-19 guidelines, especially those that barred political gatherings without favour.