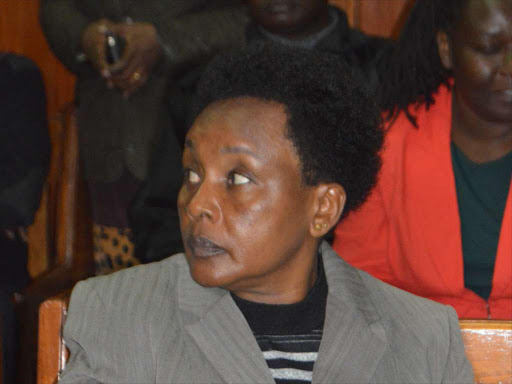 DPP Noordin Haji on Wednesday gazetted Qureshi as the special prosecutor for the case.

Mwilu was in August charged with abuse of office, failure to pay stamp tax, improperly obtaining Sh12 million from Imperial Bank, and obtaining security for a loan by false pretence. Mwilu has said her case should be handled by the Judicial Service Commission.

He was appointed a visiting professor in commercial law at the University of London in 2006 and a deputy High Court judge in 2013.

In a notice issued on Tuesday, the Office of the Director of Public Prosections said it decided to appoint a special prosecutor through single sourcing after advertising for private legal counsel and being unable to find suitable candidates due to the unique nature of requirements and complexity of cases.

"There are a number of cases of great public importance involving state and public officers. In order ensure transparency and independence in dealing with these cases, to build jurisprudence, to allow for pragmatic interpretation of the Constitution, and to avoid conflict between the ODPP and the Judiciary, we deem it prudent to engage private foreign counsel to deal with these matters," it said.

The ODPP said the stakes in cases involved are high and it was necessary for proceedings to be insulated from public perception of political interference.

"The person who is brought on board must look and be seen to be looking at the law independent of any outside influence whatsoever and who will deftly manage relations within the three arms of government and the different justice agencies," it said.

Meanwhile, Naylor Shivachi Mukofu has been appointed to prosecute cases related to the Anti-Counterfeit Act.

The DPP also revoked the appointment of 45 others who had been gazetted to prosecute under the Anti Counterfeit, Kenya Forest Service, Health and Energy acts.

Post a comment
WATCH: The latest videos from the Star
by STAR REPORTER
News
05 December 2018 - 18:00
Read The E-Paper