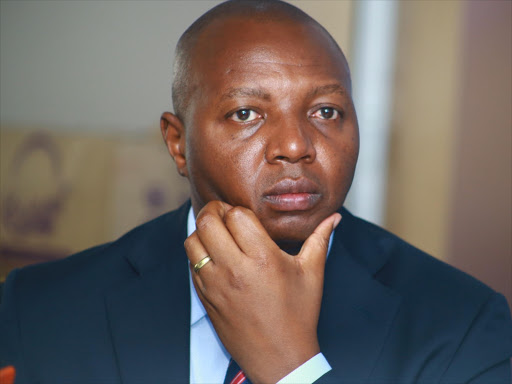 Daniel Manduku has been confirmed as the Kenya Ports Authority managing director.

He has held the position in an acting capacity since June after Catherine Muturi-Wairi was sent on compulsory leave in May.

The KPA board sent her on leave citing lack of effective leadership and non-responsive work culture.

This followed the collapse of the Kenya Revenue Authority clearing system resulting in congestion.

Prior to replacing Muturi-Wairi, Manduku was the CEO of the National Construction Authority CEO.

"It involved advertising of the post based on the job description.

I wish to confirm that the shortlisting and interviewing was transparent and based on a verifiable process," he said.

Three candidates had been shortlisted for the post by the KPA board after a head hunt by Deloitte Consulting Limited.

"Following the submission of a shortlist of three candidates, I have appointed Dr Daniel Ogwoka Manduku as the managing director of Kenya Ports Authority with effect from November 30," Macharia said.

took over as acting MD, some leaders from the Coast cast aspersions on his ability to steer the authority.

They said during his tenure at the helm of the

“If he could not manage the NCA, will he succeed in handling KPA?," Mombasa Jubilee secretary general Ali Mwatsahu said on June 4.

However, Manduku downplayed the concerns and said he was the best pick.

"I don't have interests. I’m not a clearing agent, I don’t own a ship, neither do I have relatives working here. So, I’m coming with a mindset that is neutral and objective,” Manduku said during an interview on KTN on June 4.

claims by some Coast politicians that him being a non-native made him non-committal to the handshake between President Uhuru Kenyatta and Opposition leader Raila Odinga.

said he should not be discriminated against for seeking a job since he is a Kenyan.

“Before anyone calls me an outsider, they should know I’m a local like anyone else. I have a home here and my family is moving in next week,” he said.